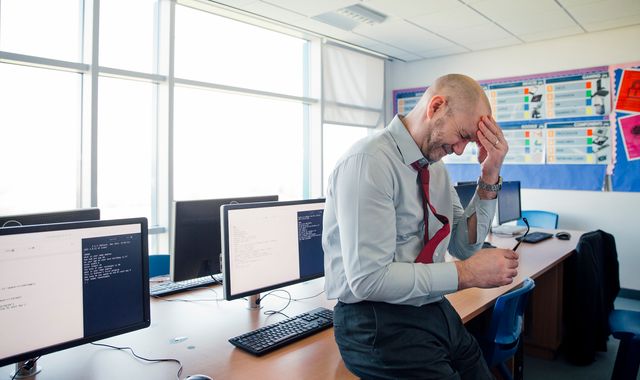 One in five public sector key workers are "actively considering" quitting and changing jobs, according to the Trade Union Congress.

A study conducted by the TUC revealed "serious disillusionment" among employees, with complaints about low pay, excessive workload and feeling undervalued.

It found one in five people are thinking of leaving the public sector and one in four of the 1,364 workers surveyed said government policy on pay has made them more likely to look for another job.

The TUC noted that public sector staff have been informed their pay is being frozen, while the government has given NHS staff a 3% pay rise - which has sparked warnings of industrial action.

The union said Boris Johnson's promise of a high wage economy is "farcical" while public sector pay is held down and warned that a "toxic mix" of low pay, excessive workloads and a lack of recognition is pushing key workers in the public sector to the brink, with many at breaking point and on the verge of leaving their profession for good.

General secretary Frances O'Grady said: "Too many key workers in the public sector are at breaking point because of a toxic mix of low pay, excessive workloads and a serious lack of recognition.

"These are the nurses, care workers and teachers that helped keep the country going through the pandemic.

"After years of our key workers being underpaid and our public services underfunded, this pandemic has to be a turning point.

"The prime minister's promise of a high wage economy is nothing short of farcical while his government continues to hold down public sector pay.

"Ministers must use the Autumn Spending Review to end the public sector pay freeze and give all public sector workers a pay rise, and they must properly fund our public services too."

"Demoralised health, care, council, school and police staff have had enough - and who could blame them?

"A failure to invest now in public services and the staff running them will leave the UK ill-prepared and exposed come the next global crisis."

A government spokesperson said: "We recognise the incredible work that public sector workers have continued to do throughout the pandemic, and the challenges many of them have faced as key workers.

"That's why we've continued to provide pay rises for over one million NHS staff, and a minimum £250 increase to public sector workers earning less than £24,000.

"We are committed to building a high wage, high skill economy and the latest figures show that those in the public sector benefit from a 7% pay premium compared with workers in the private sector."