Oxfordshire: Mum and three children died after car swerved into 'fully-laden lorry' on other side of road 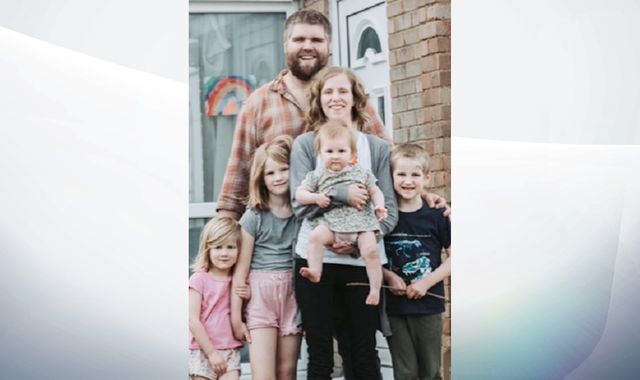 A mother and her three children died when their car swerved into the path of a "fully-laden" lorry on the other side of the road, an inquest heard.

Zoe Powell, 29, together with daughters Amelia, four, and Phoebe, eight, and six-year-old son, Simeon, were killed in the crash on the A40 near Oxford at around 9.50pm on 12 October 2020.

Mrs Powell's husband, Josh, and their youngest child, Penny, 18 months, were also passengers in the family's Subaru people carrier - but survived the crash.

The couple were returning to their home in Chinnor, Oxfordshire, after collecting their children, who had been staying with Mr Powell's parents in Worcestershire.

Mrs Powell was driving the vehicle, which had a specialist car seat system attached to enable the four children to sit next to each other on the back seat.

The coroner said he could not rule out the possibility that the crash was a "deliberate act" - but added that he did not consider it likely.

There was "no evidence" that Mrs Powell had thoughts of harming herself or her children, he told the court.

"It's more likely to be due to fatigue or distraction, or a combination of the two, and that the steering input was driver error," Mr Salter said.

"The cruise control was engaged and at the last moment the accelerator was pressed instead of the brake, which is a phenomenon sometimes seen in these circumstances."

The coroner reached a conclusion of road traffic collision as the cause of death for Mrs Powell and her three children.

Their deaths occurred when their car "crashed on to the wrong side of the road and collided with an oncoming lorry".

Railway engineer Mr Powell said in a statement how he had no memory of the crash.

In an emotional tribute, he described feeling an "abundance of loss".

Lorry driver Adao Patricio said his lorry and cargo weighed 18,000kg each, totalling 36,000kg. He told how he had "nowhere to go" when the Subaru swerved into the lane he was driving on.

An investigation found no issues with Mr Patricio's driving before the collision and there was "no clear reason" why the Subaru swerved into the path of his lorry, the inquest heard.

PC Murray Maclean, a forensic collision investigator, said Mr Patricio had "no real chance" of avoiding what the car.

In a statement issued through Thames Valley Police, the families said there was much they would "never fully understand about the crash".

"The possibility that such a small distraction may have caused such a horrific accident should act as a painful reminder for everyone that roads are dangerous places; the actions of a single moment have wrecked an entire family and had a lasting impact on everyone around them," they said.

(c) Sky News 2021: Oxfordshire: Mum and three children died after car swerved into 'fully-laden lorry' on other side of road