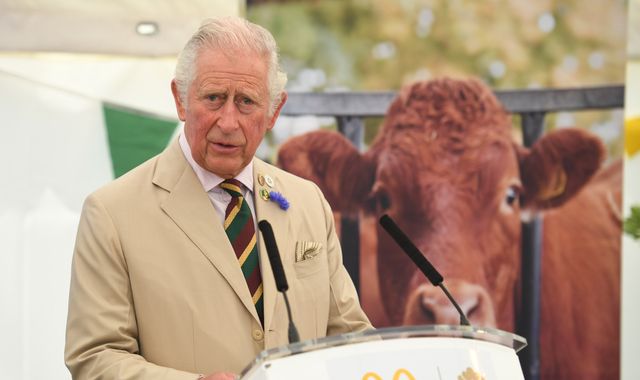 The chairman of the Prince's Foundation has quit over claims the charity accepted a six-figure sum from a Russian donor.

An investigation was launched last year by the Scottish Charity Regulator after reports Prince Charles wrote a letter thanking a businessman for his offer of more than £500,000 and suggested they could meet after the COVID crisis.

Douglas Connell said he should accept responsibility "if it appears that serious misconduct may have taken place".

The chairman said: "I am both shocked and dismayed by newspaper reports that rogue activity of various kinds may have taken place within and outside the Prince's Foundation.

"I and the other members of the board of trustees had no knowledge of any such activity, and we have launched a rigorous and independent investigation.

"My view is that the person chairing any organisation should take responsibility if it appears that serious misconduct may have taken place within it.

"I believe that the correct course of action is for the chair to accept that responsibility and to stand down from the role. That is why I am today resigning as chair of the Prince's Foundation."

It comes after the foundation's chief executive, Michael Fawcett, temporarily left his job earlier this month following claims he offered to help secure an honour for a rich Saudi donor.

Newspapers reported that Mr Fawcett had coordinated support for an honour to be given to businessman Mahfouz Marei Mubarak bin Mahfouz.

Mr Mahfouz, 51, was given a CBE by Charles in a private ceremony in 2016, The Sunday Times said, after paying "tens of thousands of pounds to fixers with links to the prince who had told him they could secure the honour".

A spokeswoman for The Prince's Foundation said it was taking the honours allegations "very seriously", with an investigation and an independent review by an external forensic accountant under way.

A Foreign Office spokesperson said all honours nominations were subject to "the same rigorous scrutiny and probity checks to assess the merits of each case".