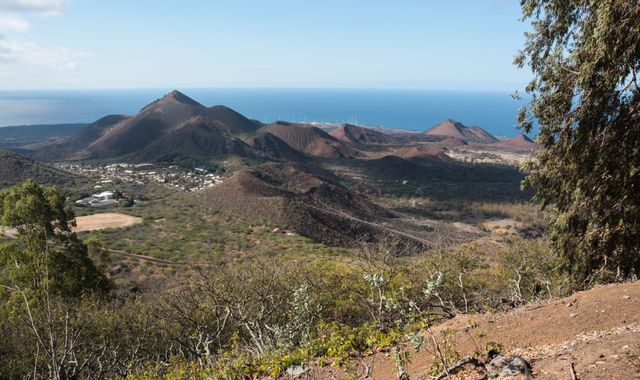 The home secretary asked officials to look into sending asylum seekers to isolated islands 4,000 miles from the UK, according to reports.

It's understood civil servants were asked to investigate how other countries manage their immigration systems.

Australia is one model, which holds asylum seekers offshore while their applications are processed.

The Financial Times reports that Ascension Island and St Helena in the South Atlantic were considered.

Suggested locations from the Foreign Office were said to be implausible.

Saint Helena and Ascension are tiny islands about 800 miles apart in the middle of the ocean, roughly half way between Africa and South America.

The idea was dismissed as a "logistical nightmare" by Alan Nicholls, a member of the Ascension Island Council.

Mr Nicholls said he had only found out about the possibility when contacted by journalists and worried that security concerns from the presence of two military bases on the island could make it "prohibitive".

He told BBC Radio 4's Today programme: "Looking at cost and logistics, we are some 4,000-plus miles (6,437km) away from the UK, I would have thought it would be extremely expensive and a bit of a logistical nightmare to get asylum seekers here to Ascension.

"We are very isolated and I don't think the whole thing would be very feasible, to be quite truthful.

"There could be quite an influx of individuals and at this state and time with pandemic lockdowns and everything else, I don't think that anybody would be very receptive to that."

Labour's shadow home secretary, Nick Thomas-Symonds, tweeted: "This ludicrous idea is inhumane, completely impractical and wildly expensive. So it seems entirely plausible this Tory government came up with it."

A Home Office source told Sky News: "As ministers have said we are developing plans to reform policies and laws around illegal migration and asylum to ensure we are able to provide protection to those who need it, while preventing abuse of the system and the criminality associated with it."

Immigration and asylum continues to be a contentious issue, with more than 5,000 people crossing the English Channel so far this year - mostly on small inflatable boats.

A record 416 made the journey in one day in early September.

Prime Minister Boris Johnson has said the UK is a "target and magnet" for people traffickers and promised to change the law to help tackle the crisis.