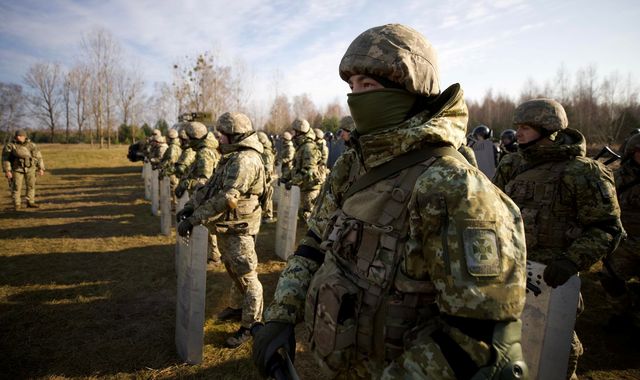 Russia has "put its saboteurs inside Ukraine" and is preparing a "false flag" operation to create a pretext to invade Ukraine.

That is the assessment of US intelligence, declassified by the White House at the end of a week of faltering diplomacy.

Speaking to Sky News, the US Under-Secretary of State, Victoria Nuland, said the Russians are looking for an excuse to invade.

"This is straight out of the Russian playbook: to try to, through sabotage operations, through false flag operations, through blaming the other guy, to create that pretext, to give an excuse to go in, or to make it look like the Ukrainians were the aggressors, when in fact the first aggression was perhaps even done by Russians against Russians, to blame the Ukrainians," she said.

"So it's all very dangerous in the way they operate."

Ms Nuland is a veteran diplomat and former US Ambassador to NATO. She has had a focus on Ukraine under three US presidencies and characterised this moment as extremely dangerous.

"It's extremely worrying. You know, a nation does not deploy 100,000 troops on the border of another nation and put its saboteurs inside the country without some malign and aggressive intent. That is a very expensive and difficult and dangerous operation. So why now?"

But reflecting on the past week of diplomacy, she insisted it hadn't been a failure.

"I would say that in the first instance, the Russians came to the table, in the US-Russia format, in the NATO-Russia Council format and at the Organization for Security and Cooperation in Europe (OSCE), where the Ukrainians also sit.

"They had a chance to hear from all of us and particularly at NATO, they heard a unified message from 30 allies, including the UK, saying 'Let's resolve any issues through diplomacy, not through war'. Nobody needs that now."

Is America prepared to go to war?

Asked if America was prepared to go to war with Russia if it invades Ukraine, Ms Nuland said: "What we are talking about here is helping the Ukrainians to defend themselves and preparing massive consequences - economic and political - for Moscow if it walks away from the diplomatic table and chooses aggression instead. And we all have to do that; we can't allow countries to change international borders by force; we'll have a free-for-all out there in the world."

She rejected the premise that sanctions failed in Russia's 2014 invasion of Ukraine's Crimea peninsula.

"I was involved in the preparation and implementation of consequences for Russia [in 2014]. At the beginning of that, I would remind you, it looks like Moscow and its proxies were going to go all the way to Kiev, and they stopped far short of that. Now they did grab Crimea, obviously, which was a tragedy for Ukraine and international stability."

She continued: "What we're preparing this time is far more severe and painful for Russia economically in terms of its potential complete economic isolation from the global financial system, as well as political isolation."

Along Europe's eastern flank, the soldiers of the Russian army continue to mass - 100,000 of them.

Russia insists their presence is all part of an exercise. Kremlin spokesman Dimitri Peskov dismissed the false flag accusations as nonsense, and said that the suggestions are unsubstantiated and "confirmed by nothing".

Russian diplomats say the aggressor is NATO - an alliance advancing east that must be countered. Among the demands from the Kremlin are the withdrawal of NATO forces from new NATO member states and a commitment that Ukraine will never join NATO.

Russia's ambassador to the OSCE said this week: "If we don't hear a constructive response to our proposals within a reasonable timeframe and aggressive behaviour towards Russia continues, we'll have to take necessary measures to ensure strategic balance and eliminate unacceptable threats to our national security."

Ms Nuland dismissed the idea that NATO is an aggressor.

"NATO is a defensive military alliance designed to defend the interest and the territory of its members... NATO has no gripes with Russia unless Russia is coming for us. We've lived side-by-side since the end of the Cold War, some 30 years. In fact, NATO never even put its own forces in the new member states until after Russia invaded Ukraine.

"So Russia has created and gotten exactly the result that it says it doesn't want because of its own aggressive actions, so it needs to think about that before it moves this time."

Read more:
Most signs point to Putin having a plan to invade - but could he be made to think twice?
Ukraine's growing reserve army 'getting ready' amid fears of Russian attack

(c) Sky News 2022: 'Russia looking for excuse to invade Ukraine' - but US insists week of diplomacy has not failed 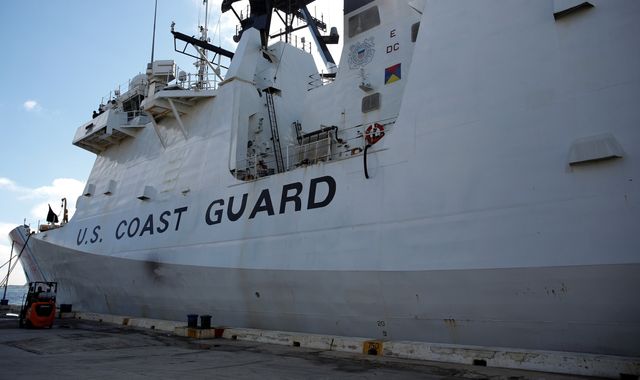