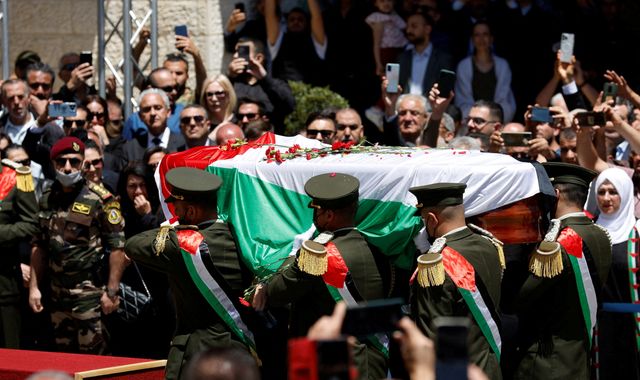 Thousands of people have gathered for the funeral of an Al Jazeera journalist shot dead during an Israeli military raid.

Shireen Abu Akleh was a Palestinian-American reporter who covered the Middle East conflict for more than 25 years.

Journalists who were with her in the West Bank city of Jenin said Israeli forces fired at them even though they were wearing "press" vests and clearly identifiable as reporters.

Her body was carried through the streets after the killing - with the bulletproof vest on top of the coffin.

The 51-year-old's death on Wednesday has led to an outpouring of grief in the Arab world, where she was well known after years on Al Jazeera's Arabic language service.

The channel has accused Israel of deliberately killing her and has promised legal action. Ms Abu Akleh's colleague was also wounded in the shooting.

The head of the Palestinian Authority has blamed Israel and rejected calls for a joint investigation.

"They cannot hide the truth with this crime," said President Mahmoud Abbas as her body lay with a Palestinian flag draped over it at the funeral in Ramallah.

"They are the ones who committed the crime, and because we do not trust them, we will immediately go to the International Criminal Court," he said.

An investigation into possible Israeli war crimes was launched by the ICC over a year ago.

Israel has said it is investigating the incident after initially suggesting she might have been shot by Palestinian militants, before backtracking.

It wants a joint probe to be carried out with the Palestinian Authority.

An aide to President Abbas, Hussein al-Sheikh, said they would conduct their own investigation "with high transparency".

'No militants in the area at time of killing'

Ms Abu Akleh was in Jenin to cover an Israeli raid; in recent weeks the city has been used by militants as a base to conduct a wave of deadly attacks on Israel, which has launched counter-terror operations in response.

However, reporters with her said there were no militants in the area at the time.

United Nations chief Antonio Gutteres has also urged an "an independent and transparent investigation" - something Israeli defence minister Benny Gantz has agreed to.

Mr Gantz said he was in contact with US and Palestinian officials, adding: "We are trying to figure out exactly what happened. I don't have final conclusions."

Human rights groups accuse Israel of rarely living up to pledges to investigate such incidents, and claim that when it does punishments are lenient.

In recent weeks, at least 18 Israelis have been killed and scores injured in terrorist attacks that included a mass stabbing in a town near Tel Aviv.

More than 30 Palestinians have also died, most of them were involved in attacks or fighting with Israeli forces, but an unarmed woman and at least two apparent passersby are among the dead.

Clashes at Jerusalem's Al Aqsa mosque last month, in which more than 150 Palestinians were reportedly hurt, have been blamed for escalating the violence. 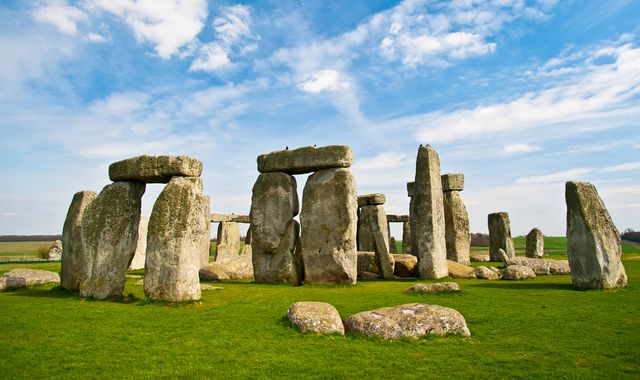