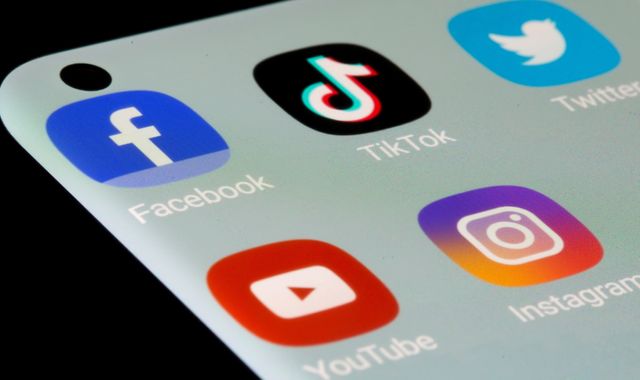 Social media bosses should be jailed over the publication of the worst sexual, violent and terror content on their sites, the chief inspector of constabulary says.

Sir Tom Winsor urged the government to use its upcoming Online Safety Bill to give police and prosecutors powers to launch criminal investigations against company chiefs.

"They do it in the United States," he said. "So why not here? CEOs fear the prospect of standing in a courtroom dock far more than a fine."

He said: "Some things on the internet are beyond the imagination of almost everyone.

"We wouldn't tolerate that on our streets, in our theatres or on television, so why tolerate them on a telephone in the hands of a child?

"Those who allow that to happen are complicit. You can't jail a company, but you could send a CEO and others to jail in the most egregious cases if the level of criminal intent - wilful negligence - if that evidence is there."

Sir Tom criticised the government for underfunding the "continuing failing mental health system", the results of which often put more demands on the police to intervene or simply drove sufferers into crime.

He said: "I am disappointed on behalf of the public that so little has been done to fix the perilous state of the criminal justice system and failing mental health services.

"The government's next spending review will provide an opportunity to put right many of the problems in policing, and the other public sector agencies must do much more to match the commitment of the police service to protecting people from harm."

He praised police for "exemplary" behaviour during the pandemic in the face of confusing lockdown messages from government ministers "standing behind their podiums".

Police weren't perfect, he added, but they should do more to vet recruits and monitor corrupt officers.

Putting some of their best detectives in their professional standards departments - the rubber heel squads - was a must, but so, too, getting rid of the culture in which coppers have been reluctant to investigate colleagues.

The criminal justice system also needed urgent reform and there was no excuse for current long delays in cases getting to court, he said.

He warned there was a danger of victims losing faith in the system and defendants being denied a timely trial.