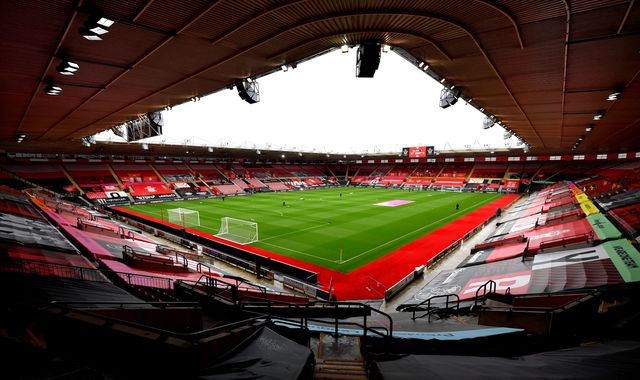 Southampton are the only Premier League club which have not signed up to the FA's historic Leadership Diversity Code.

Paul Elliott, chair of the FA's inclusion advisory board, said he was confident of persuading Southampton to sign the code, which is aimed at improving ethnic and gender diversity in the higher echelons of football.

"I had spirited and very positive discussions with Southampton and the time wasn't quite right for them," he said, "but I'm confident we will get them on board."

Over 40 clubs across the Premier League, English Football League, Barclays FA Women's Super League and FA Women's Championship have signed up to the code.

But Southampton are the only men's top-flight club not to have joined.

The club released a statement saying they had recently achieved the Premier League's Advanced Equality Standard and wanted time to consider signing up to the code.

The Leadership Diversity Code, which is voluntary, has introduced targets for recruitment, which include 15% of new hires for senior leadership roles to be black, Asian or of mixed heritage.

In coaching, it is expected that 25% of new hires will be black, Asian or of mixed heritage.

For women's professional clubs which are signed up, 50% of new hires in coaching roles will be female.

Elliott, who coordinated with panels of experts to develop the code, said he was motivated by the concerns of current players.

"I listen to two modern players of the highest order," he said. "Raheem Sterling when he said when he looks up to the FA he doesn't see people who look like him.

The code aims to increase accountability and transparency, as well as moving away from recruitment practices which are focused on personal networks.

Elliott also said: "Obviously we all know historically you've had networks and the little black book.

"This is about governance and modernising football clubs so they're fit for purpose for the 21st century. So the fact they're prepared to have that scrutiny and accountability, that's saying to me that they want to do the right thing."

While the number of black, Asian and ethnic minority players has doubled since the inception of the Premier League in 1992, representation in coaching or in boardroom roles continues to be woefully poor.

There is just one black, Asian or mixed heritage manager in the Premier League - Wolves' Nuno Espirito Santo.

Elliott said: "We needed to go to the next level, hold football accountable.

"I think the clubs that have signed up to this code, it's the first serious, sustainable signal of acknowledgement that there is an under-representation in football.

"I hope it's going to be the start and foundation of a journey to hold football to account."

(c) Sky News 2020: Southampton only Premier League club not to sign up to Leadership Diversity Code