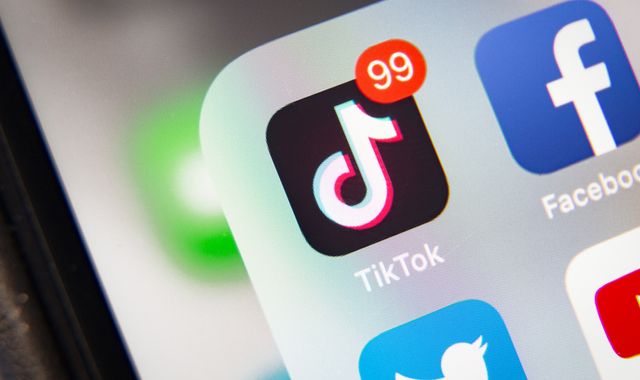 TikTok is being investigated by Ireland's Data Protection Commission - which leads the EU's regulation into the company - amid fears that user data is being transferred to China and over its approach to child safety.

Announcing the move, the DPC said it would examine TikTok's compliance with the EU-wide data regulations for under-18s, and age verification measures for under-13s.

A second inquiry "will focus on transfers by TikTok of personal data to China", the DPC added.

The video-sharing app was described as a potential national security risk by White House officials during the Trump administration, although in June, President Biden reversed his predecessor's plans to ban it from being downloaded in the US.

Both TikTok and fellow Chinese app WeChat have denied the allegation that they pose national security concerns.

The Biden administration says a separate US national security review of TikTok, which was launched in late 2019, is ongoing.

TikTok's parent company ByteDance has repeatedly denied that it moves user data to China and that it shares this data with the Chinese government.

A spokesperson for the company told Sky News: "The privacy and safety of the TikTok community, particularly our youngest members, is a top priority.

"We've implemented extensive policies and controls to safeguard user data and rely on approved methods for data being transferred from Europe, such as standard contractual clauses. We intend to fully cooperate with the DPC."