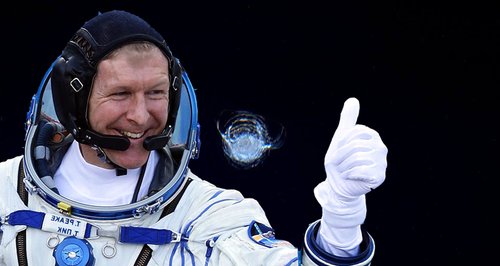 As the British astronaut bumps back to Earth, the whole world has been nervously waiting for his safe return.

As the British astronaut readjusts back to life on Earth, he reveals that life isn't all a bed of roses now he's back.

The astronaut says he's been feeling "pretty terrible" and has been suffering from dizziness since he hit Earth again, describing his sickness as "the world's worst hangover".

Peake also confessed that he missed the view from the International Space Station a lot. Aww bless!

The 44-year-old has been anticipating his return to his wife and family after six months floating high above our heads on the International Space Station.

However, on Saturday 18 June, he set to be land at 10.51 BST in Kazakhstan...and there's one thing he's looking forward to chowing down on above all else... PIZZA!

So to help him out, Papa John’s have created a pizza with Tim’s face on it to welcome him back to earth!

The pizza’s ingredients will include pepperoni, cheese and, as a special addition, extra rocket - naturally!

Can we get in on that guys?? 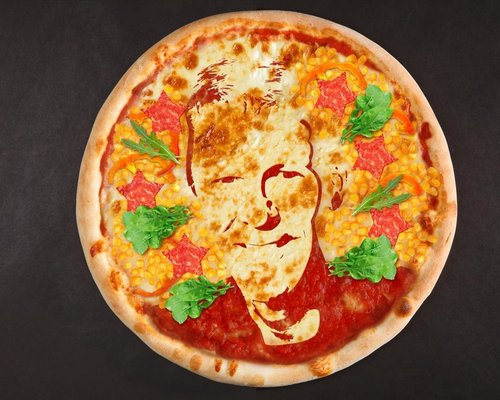 It sounds like Tim's has an awesome time during his trip:

"It's been a fantastic six months up here - a really remarkable, incredible experience.

Tim Peake will be landing back on Earth’s terra firm on Saturday June 8, after an incredible six months enjoying life on the international space station.

The 44-year-old astronaut surprised us all though, when he said he’s looking forward to seeing a good old downpour and feeling that classic British 'cold drizzle' on his face.

There are no showers on the station however, as water is a very precious resource in space... so maybe this kinda makes sense!

Tim Peake Brings Us Out In A Cold Sweat With Space Station CRACK Picture!

The astronaut has taken a picture of a significant crack in one of the International Space Station windows...how is he so calm?!

When you're floating around in a metal tin can in the middle of space the last thing you want to see is a massive chip in the window!

Amazingly, that's exactly what the British space adventurer spotted in the International Space Station and he even shared a picture of the crack on his Facebook account.

He captioned the snap with, "Often asked if the International Space Station is hit by space debris. Yes – this is the chip in one of our Cupola windows, glad it is quadruple glazed!"

Thank goodness for that! Otherwise Tim's part of a horror story waiting to happen...

Tim Peake has been fighting aliens...but they're confined to a virtual reality headset of course!

The British astronaut was filmed by the European Space Agency playing a game of Space Invaders with NASA astronaut Scott Kelly and the results are pretty hilarious.

You can watch the video for yourself here...

Tim Peake will be carrying out his marathon miles on a treadmill in the International Space Station, but is hoping that runners here on Earth will  take up the offer to train with him in the lead up to the event.

The astronaut will be the FIRST man to run a marathon in orbit on April 24th.

Peake, who is running the 26.2 mile marathon to raise awareness for The Prince's Trust, said: "It can be lonely pounding out the miles on the treadmill in the ISS.

"It would be fantastic to run with other people and see their avatars on my screen as I do my training. Only 50 days to go now!"

Will you be joining Tim?

He may be hundreds of miles above the Earth, but that doesn't mean British astronaut Tim Peake can't use Instagram!

The intrepid explorer is busy blowing our minds, especially when it comes to space breakfast.

This Is How You Make Eggs In Space…

Not quite as good as at home but they are definitely scrambled! #Space scrambled eggs. @iss #food #breakfast

Vacuum-packed eggs may not sound like your idea of a good time, but you just have to make do in zero gravity. Tim posted this video on Instagram showing how he rehydrates his brekkie…but what about the toast, butter and tomato sauce? Okay, we'd suck in space.

How incredible is this! Tim shared this photo of London at night on his Instagram and we have to admit it looks a little bit magical. Can you pinpoint where you live?

Tim Peake will makes history as the FIRST British astronaut to complete a spacewalk today when he sets off this afternoon from the International Space Station. Watch the walk live here!

It's no doubt the spacewalk will be tiring for the pair as they fight against the pressurised suits.

"You're working inside a pressure suit. Every time you move your arm or even your fingers it takes a bit of energy so you quickly build up a workload.

While we all crave a little of bit of sun, too much exposure to sunlight can be dangerous for the astronauts and the pair will need to check on each other frequently and make sure their suits have not been damaged.

The ESA have also warned that the sunrises can also be "blinding for moments" from space. So something tells us your average pair of sunnies won't do!

Soon after arriving at the ISS in December Tim Peake said he was hoping to be assigned a spacewalk.

"I watched a sunset and a sunrise at different times. Looking out of the space station is incredible," he said.

"To think you might be out there on a spacewalk when that happens is going to be the most incredible sensation ever."