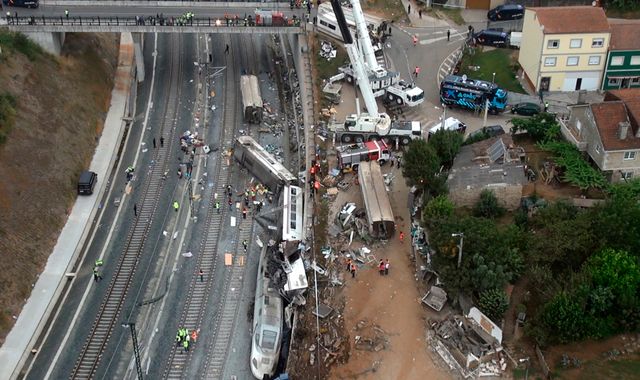 The driver of a train which crashed and killed 80 people in Spain in July 2013 is to go on trial, a court has ruled.

The train derailed and hit a concrete wall after approaching a curve at more than double the speed limit on the outskirts of Santiago de Compostela, in the northwestern region of Galicia.

The prosecutor is requesting four-year sentences for both the train driver and the head of traffic safety.

A start date for the trial has yet to be set.

The investigation into the crash has taken almost eight years, as it was prolonged to potentially determine the responsibilities of other senior officials who were dismissed.

The driver was injured in the incident and was held in custody at a hospital while three days of mourning took place in the aftermath of the crash.

Footage showed carriages flipped over and bursting into flames, with bodies and debris strewn across the tracks.