Ukraine War Diaries: How Russian disinformation is being fought 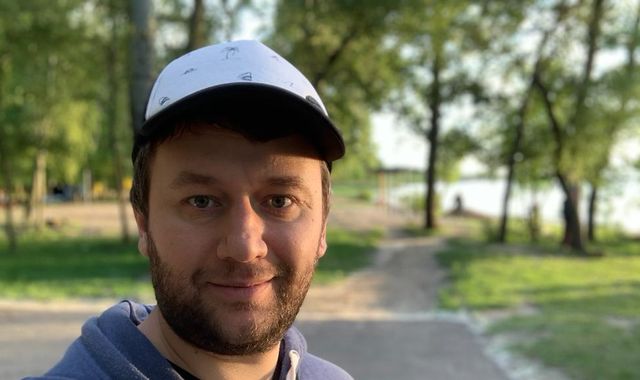 Ukrainians are increasingly turning to encrypted messing services as a way to combat Russian disinformation, according to one Kyiv-based IT expert.

Speaking in the latest edition of the Sky News Ukraine War Diaries podcast, Ilyas Verdiev says that, while millions of people around the world rely on mainstream digital news platforms to report the war, these places are being avoided by many Ukrainians.

They fear online platforms are being contaminated by Russian disinformation efforts.

"This fake news war is huge these days," Ilyas explains.

"Obviously the internet has devoured us.

"Telegram is becoming more like a social network. It has become really popular in post-Soviet countries."

Telegram is a messenger service, which has become a popular alternative to Facebook-owned WhatsApp. Many organised groups, including political activists, use the platform's broadcasting feature to as a form of newsletter for subscribers and supporters.

"The big thing about Telegram is that it is encrypted and it's considered to be secure," Ilyas explains. The 40-year-old has been working through the war to secure Ukraine's digital infrastructure.

"You have to filter everything you subscribe to and all the news you read."

Instant encrypted messaging platforms have grown exponentially in recent years. Telegram says it has in excess of 700 million users worldwide.

And Ilyas explains that in Ukraine, citizens are increasingly trying to outflank disinformation.

This has led the IT specialist to seek out reputable independent reporting.

"There's one channel I keep reading," he continues. "This guy's from Kyiv. He's really good in analytics.

"At the very beginning, even before the full-scale invasion, he was writing about the possible war, [that] it's not going to be a quick one and that you guys have to get ready for that.

"These words helped me be more realistic about the situation."

From the creators of Sky News' award-winning StoryCast, Ukraine War Diaries is a weekly podcast following those living on Europe's new frontline, and those who have escaped it.