Ukraine has won the Eurovision Song Contest after a huge show of support from the rest of the continent following Russia's invasion of the country.

Performing their folk-rap song Stefania, Kalush Orchestra stormed up the leader board, beating off strong competition from the UK and Italy.

The group was out on the streets fighting off Russian aggressors just weeks before taking to the stage in Turin - instead of rehearsing for the biggest performance of their lives.

Following their win, Ukrainian President Volodymyr Zelensky defiantly vowed that next year's contest will be held in Mariupol. The city is currently almost entirely in Russian hands.

He wrote on Facebook: "Our courage impresses the world, our music conquers Europe. Next year, Ukraine will host Eurovision."

The UK's Sam Ryder took second place - the first time the UK has placed in the top three at the Eurovision Song Contest in 20 years.

The singer was top after the national jury vote with 283 points, but there was a huge surge of support for Ukraine in the public vote.

The UK had been waiting a quarter of a century for a Eurovision win and the announcement of the winner was a nail-biter, as it came down to the final vote.

Russia was excluded from the competition this year in response to its invasion of Ukraine.

"I am sure that our victorious chord in the battle with the enemy is not far off.

Ukraine had been widely tipped to take the title and on the night there had been a huge cross-European swell of support for the war-torn country. Almost all entrants sported Ukrainian flags as well as their own.

After their performance, they made an impassioned plea to free people still trapped in the besieged Mariupol steel mill.

Psiuk later told a news conference that the band would soon be returning to Ukraine.

"We have a temporary authorisation to be here and it ends in two days and exactly in two days we are going to be back in Ukraine.

"It's hard to say what exactly I am going to do, because this is the first time I win the Eurovision Song Contest, but like every Ukrainian, we are ready to fight as much as we can and go on until the end."

Hundreds of millions across Europe tuned in for one of the world's most-watched TV events, with a song about Meghan Markle and a track called Give That Wolf A Banana among the 25 finalists.

Sam Ryder narrowly missed joining the likes of Katrina and the Waves and Bucks Fizz to give the UK its sixth win since 1957.

But he was ecstatic about the result: "There is so much gratitude, what an experience," he said.

His journey to Turin began during lockdown, when he started singing on TikTok, going on to amass 12 million followers on the app.

He was chosen by the BBC and industry experts to lead the UK delegation, after years of disappointing results at the contest - including last year's 'nul points'. 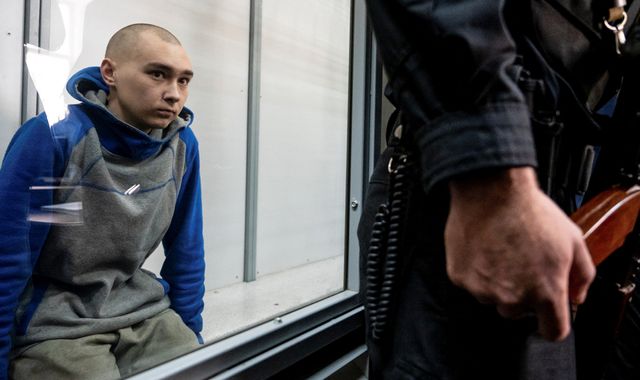 Ukraine war: Russian soldier Vadim Shishimarin asks for forgiveness as he faces widow of man shot dead on his bike 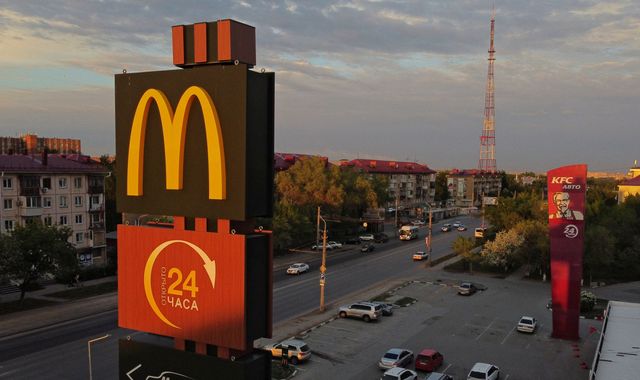