US Capitol riot: Ex-police chief says he did not see FBI report warning of 'war' in Washington 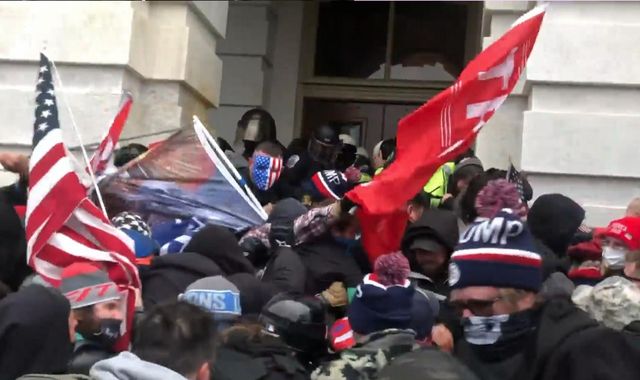 The former US Capitol Police chief says he only found out this week that his officers were warned just hours before the 6 January riot that extremists could commit "war" in Washington that day.

Steven Sund was giving evidence to Congress in the first public hearing over the last month's siege that saw dozens of Donald Trump supporters storm the Capitol building to disrupt confirmation of his presidential election defeat to Joe Biden.

The head of the FBI's office in Washington has said that once he received the 5 January warning from the Virginia office, the information was quickly shared with other law enforcement agencies through the joint terrorism taskforce, including the Capitol Police.

Mr Sund said an officer on the joint terrorism taskforce received the FBI's memo and forwarded it to a sergeant working on intelligence for the Capitol Police, but the information was not put forward to any other supervisors.

Mr Sund said he was not aware of the report, but added he did see an intelligence report created within the Capitol Police force warning that Congress could be targeted on 6 January.

That report warned extremists were likely to attend and there were calls for people to travel to Washington armed.

Also, a senior security official said he was "stunned" over the delayed response to a request for National Guard help during the mob riot at the Capitol.

The District of Columbia's Metropolitan Police officers had joined to help US Capitol Police during the attack.

Mr Contee said officers "were out there literally fighting for their lives" but the officials on the call appeared to be going through a "check the boxes" exercise.

He said there "was not an immediate response".

Mr Sund, and a number of other senior officers, resigned in the wake of the violence which prompted Mr Trump's second impeachment trial.

(c) Sky News 2021: US Capitol riot: Ex-police chief says he did not see FBI report warning of 'war' in Washington 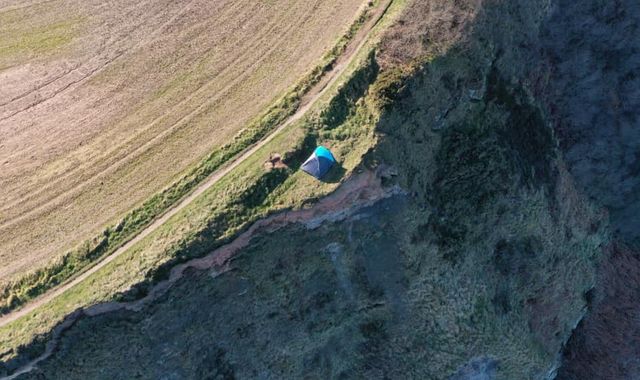 COVID-19: Couple and child rescued after camping on cliff edge in coronavirus breach