An American hedge fund which has placed substantial bets on some of the world's biggest technology companies is taking a stake in TransferWise, the British fintech champion which has just hit a $5bn (£4bn) valuation.

Sky News has learnt that D1 Capital Partners, which was set up two years ago by Daniel Sundheim, a prominent Wall Street investor, has agreed to buy roughly $200m worth of TransferWise shares as part of a secondary share sale that was signed last week.

The purchase will give D1, which has previously disclosed stakes in Amazon, Facebook and Netflix, a roughly 4% shareholding in the UK-based cross-border payments business.

By concluding the deal, TransferWise has joined an exclusive club of UK start-ups to achieve valuations of $5bn or more.

The transaction was signed at a 30% premium to an almost identical share sale just over a year ago, according to insiders, allowing employees and early investors to offload shares at a huge premium.

The transaction will offer fresh vindication of the company's strategy, even as some of its digital banking peers struggle to maintain investors' enthusiasm.

It has also issued a total of around one million debit cards.

Earlier this month, it announced that it had secured a licence from the Financial Conduct Authority to offer investment products, a move that it says will enable customers' cash balances to earn a more attractive return.

It has, however, no plans to become a fully-fledged bank that would - in the UK - compete with the likes of Monzo, Revolut or Starling.

Few British fintech companies, other than Revolut, have raised money at valuations of $5bn or more, and TransferWise is likely to view the milestone as another staging-post towards an eventual flotation.

The two Estonian entrepreneurs behind TransferWise set the company up amid frustration about the cost of sending money overseas.

Taavet Hinrikus and Kristo Kaarmann, who in 2017 swapped roles to become chairman and chief executive respectively, are thought to own roughly 40% of TransferWise between them - meaning that on paper they are each likely to be worth in the region of $1bn.

They have made little secret of a long-term plan for an initial public offering (IPO).

In a blog post in 2017, Mr Hinrikus - the first employee of Skype - wrote: "In a few years it will be time to think seriously about becoming a public company like the strongest and most trusted financial institutions are.

Existing shareholders in TransferWise include Sir Richard Branson, and IVP, a Silicon Valley fund which has backed Snapchat parent Snap and Twitter.

The company became a "unicorn" - a tech start-up worth at least $1bn - in 2015, and is more richly valued than other British fintech champions such as Oaknorth, the digital bank, which has raised hundreds of millions of pounds from SoftBank's Vision Fund.

TransferWise has launched a string of products in recent years, including a borderless account enabling people to move money between dozens of currencies.

The company has successfully tapped into a frenzy of international interest in the global payments industry as new technology drives down costs and improves speed and efficiency for customers.

TransferWise provides exchange rates to users which are more competitive than traditional competitors.

In aggregate, it claims to have saved customers £1bn compared to undertaking the same transactions with their bank. 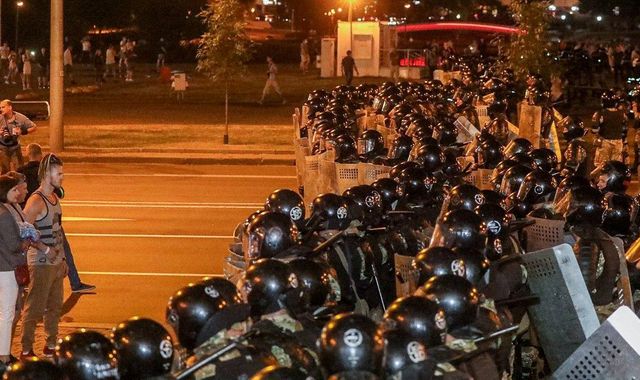