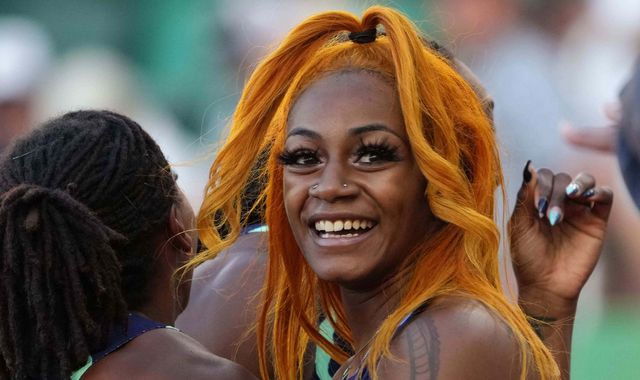 The World Anti-Doping Agency (WADA) will review whether cannabis should remain a banned substance for athletes.

The move follows American sprinter Sha'Carri Richardson missing the Tokyo Olympics after testing positive for the substance in June.

Cannabis is currently prohibited in competition and the ban will remain in place in 2022, WADA said.

An advisory group to WADA will begin the scientific review next year.

While cannabis is not thought to be performance-enhancing, it is classified as a "substance of abuse", the United States Anti-Doping Agency (USADA) has said, referring to a worldwide code.

Richardson said she used the drug after hearing from a reporter that her biological mother had died - a week before she began Olympic trials in Oregon, where cannabis is legal.

The 21-year-old's trial results were disqualified after she tested positive for THC, the banned chemical found in cannabis.

The suspension was widely criticised and sparked calls for a review of anti-doping rules, including by USADA.

What could have been a three-month sanction was reduced to one because Richardson agreed to participate in a counselling programme.

"The rules are clear, but this is heart-breaking on many levels," USADA CEO Travis Tygart had said.

USA Track and Field had described the situation as "incredibly unfortunate and devastating for everyone involved".

Richardson had apologised to fans and said the death sent her into a "state of emotional panic", adding: "Don't judge me, because I am human."