Rain and FROST are set to make a comeback across the U.K

Brits who have been baking in scorching weather conditions will be in for a shock, as the forecasters predict temperatures will plummet.

According to reports, cooler temperatures are set to hit the U.K in what will be a miserable end to an April heatwave over the past week.

Sunseekers can expect much cooler mornings, with temperatures looking to plateau at around 8 and 9 degrees Celsius from Monday morning, with the north of England tipped to expect a lot of cool breeze.

“A slightly cooler commute than we have been used to.”

It's thought the weather will worsen, with clouds of rain making its way across Northern Ireland and Western parts of the UK in the afternoon.

Mr Powell said: “Temperatures will be pegged back a little bit out towards western areas.

“But on the whole temperatures will be much nearer to what they should be for late April.”

Read more: Our pick of colourful and stylish raincoats will protect you from spring showers 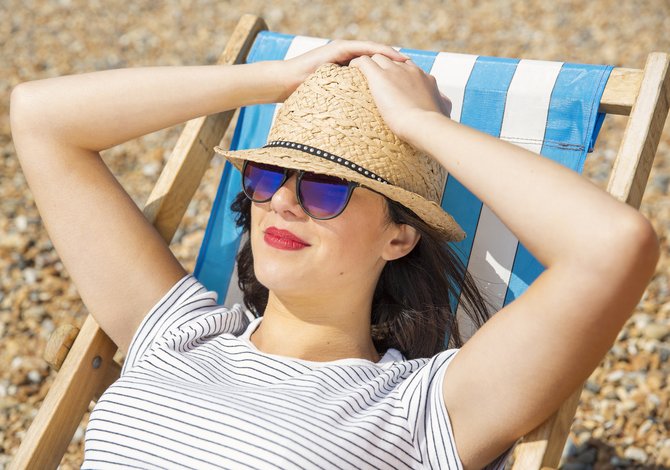 Brits in southern parts of the UK had been enjoying temperatures up to 25 degrees. Credit: Getty

Brits in the South-East of England, who have been enjoying soaring temperatures of mid to high twenties over the last few days, will need to grab their umbrella as the region can expect showers this week.

There is slight relief for those in northern England, Scotland and Northern Ireland as the wet weather they have been experiencing will be lighter showers, although a cold start is expected for everyone come Tuesday morning.

The news follows earlier reports that the cooling temperatures could see "patchy frost" in some areas.

The meteorologist did attempt to offer a silver lining as he added: "But at least most people are used to the cool weather after the cold March and start to April."