Arctic Blast Freezes Britain As SNOW Sweeps The Country But There's A Plus Side.

While the country enjoyed sunny weather over the Easter break, temperatures have plummetted to as low as -1C in some areas.

When you think of spring, the words sunshine, daisies and beer gardens come to mind.

However, Britain is set to get a blast of snow in a freak weather that will see sunny skies take a turn for the worse.

The Met Office have said that THREE inches of snow hit the Scottish Highlands this week, while hills in Cumbria were also powdered with snow as cold air from the Artic swept across the country on Monday and Tuesday morning.

While the country enjoyed sunny weather over the Easter break, temperatures have plummetted to as low as -1C in some areas.

People as far south as Norwich woke up to find their streets dusted with snow.

Read more: Horror As Weather Girl Is Pooed On By A Bird On LIVE TV! 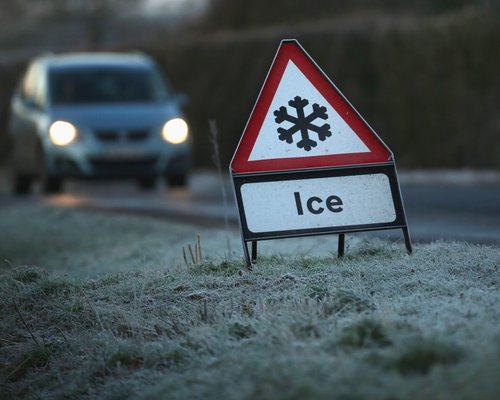 Families in Staffordshire, Yorkshire, Lincolnshire and areas of the North-east reported winter showers, as experts admitted it was likely to be the coldest night of the snap.

There were also thundery showers and hail storms across other parts of Britain yesterday.

Experts claim we are experiencing the worst of the cold, and temperatures are set to rise over the upcoming Bank Holiday weekend.

While it won't be a scorcher, temperatures could reach 16 C, which is the average for the month of April.