All Norfolk Schools To Be 'Good' or 'Outstanding' 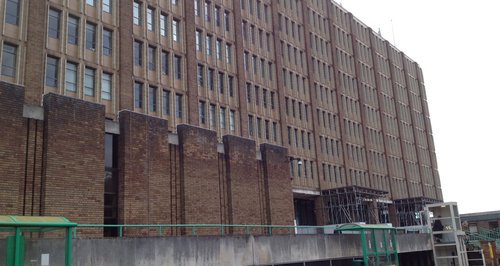 Schools in Norfolk not making the grade in Government inspections are being warned they need to up their game to be rated as either 'good' or 'outstanding' within the next three years.

An action plan to make the required improvements will be presented to councillors next week.

The plan outlines targeted performance at Key Stage 2 and GCSE and predicts that all schools in the county will be good or outstanding by July 2016.

It comes as members of the council and officers meet with Schools Minister David Laws and representatives of Ofsted in London yesterday.

Two thirds of the county’s schools are now good or better, an improvement of 5% in primary schools and 10% in secondary schools since the autumn.

The plan also gives an overview of how the council will address the areas of improvement identified by Ofsted. In June inspectors visited the county and found that its arrangements for supporting school improvement were 'ineffective’.

Mick Castle, Cabinet Member for Education and Schools, said: “This plan rightly sets extremely challenging targets for this council and all of the county’s schools.

“Our role is to support and challenge schools to deliver the very best education for their students and this plan reflects the much earlier intervention and tougher action we are taking to ensure that Norfolk’s schools improve.

“We have just invested in additional intervention services so that we can target schools that are causing us concern and ensure that governors are fulfilling their role effectively and addressing any areas for improvement.

“The proportion of inadequate schools in the county is the same as the national average but the bar has been raised and we expect all schools to be good or better.”

The consultation includes details of new sparsity funding, introduced by the government to support small schools that are in rural areas. This follows representations made by Norfolk County Council about the previous funding formula, which had impacted particularly on small secondary schools

The previous funding had set a fixed lump sum for all schools, regardless of their type.

The sparsity funding permits an additional allocation of up to £100,000 for sparse schools, based on their size and the distance their pupils live from their second nearest school.

Cllr Castle, “We are very pleased that the government has listened to our efforts to highlight the necessity of some necessary small rural schools which need additional funding to ensure that they can remain viable.

“This does not mean additional funding for the county’s schools but allows us to allocate it more appropriately to meet local need.”