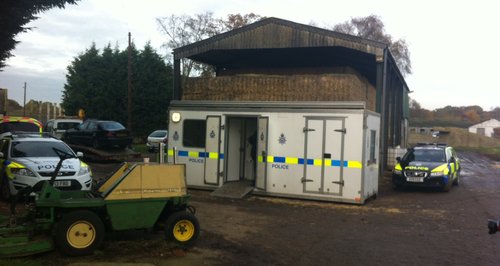 Seven people have now been released on bail after police found a £1 million cannabis farm at a Norfolk village.

All seven people were arrested following the discovery of a cannabis farm at Gibbett Site Pig Farm on Hale Road in Bradenham on Sunday 24 November 2013 have now been bailed.

All have been bailed until the end of January 2014.

The two men aged 20 and 31 and one woman aged 45, believed to be foreign nationals, remain detained at Wymondham Police Investigation Centre on behalf of immigration authorities.