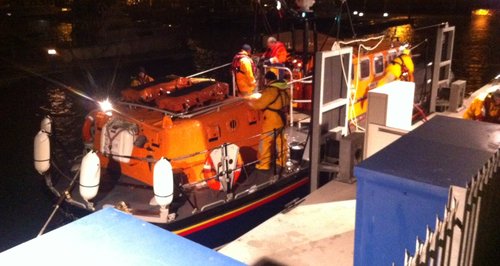 After a man died after being pulled from the water yesterday, a search for two more people has begun again this morning.