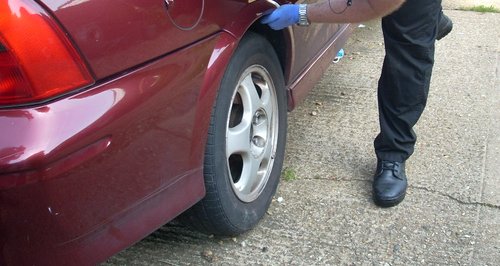 The honesty and efficiency of car servicing companies in the county is being put to the test by Norfolk Trading Standards in a mystery shopping survey to find out whether Norfolk drivers are getting what they pay for when they book their cars into garages.

Trading Standards officers posing as customers have taken cars for servicing to garages across the county. Each car has a number of known faults which have been assessed and recorded by an independent engineer and are typical issues that garages should spot during a service. They range in severity from faults that may only need notifying to the owner after the service, through to problems that if left could pose a safety risk.

The cars will then be retested when they are picked up, to find out whether the problems have been spotted and mended, whether the garage carried out the work they said they would, or even whether work or parts were unnecessarily added to the bill.

Jon Peddle of Norfolk County Council who leads the Trading Standards team carrying out the survey said: “Cars are far and away the most complained-about consumer issue, but it’s difficult for us to properly follow up complaints about servicing and repairs on cars because we can never be sure what condition they were in when they were taken to a garage.

“This campaign is designed to put the garages we’ve targeted through their paces. It will show us if they’ve carried out their work with reasonable care and skill and if it’s been done in a way that was described and agreed to by their customers.

“ We know from Trading Standards surveys carried out across the country that there's a wide diversity in the standards of servicing from minor checks not being carried out to more serious matters, including not replacing items and even charging for items not actually used or fitted.

"Obviously, we hope all the garages we have used here in Norfolk carry out their work to a good standard, but if we find that they haven't, we will consider taking action, including prosecution, if the particular circumstances warrant it."

Dan Roper, Cabinet Member for Public Protection added:
"In a rural county like ours, people are reliant on their cars so keeping them in good condition and well maintained is a major cost for many Norfolk residents. And when it comes to young drivers and vulnerable members of our community, they can be disproportionately affected when things go wrong. All car owners should expect to be confident that they get what they pay for when they take their car for a service.

"This survey is designed to drive up standards in the car servicing market, make our roads safer and support reputable car servicers who would never dream of doing anything but giving their customers a fair deal.”