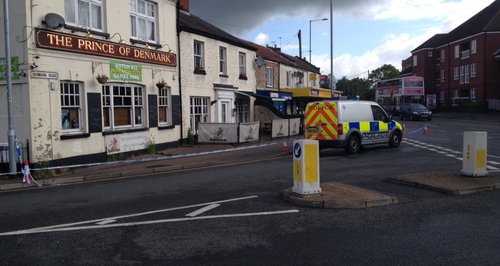 Two men have been arrested after a man was found outside a Norwich pub with a serious head injury.

Police were called to the Prince of Denmark pub on Sprowston Road at about 10.50pm last night, Monday 12 May, to reports that a man had been seriously assaulted.

The victim, a man in his 50s from Norwich, was initially taken to the Norfolk and Norwich Hospital but later transferred to Addenbrookes, Cambridge, where his condition is currently described as critical.

Two men, aged 39 and 26, both from the Norwich area, have been arrested on suspicion of assault causing grievous bodily harm and remain in custody at Wymondham Police Investigation Centre.

Police have launched an investigation into the incident and any witnesses are asked to contact Bethel Street CID on 101.