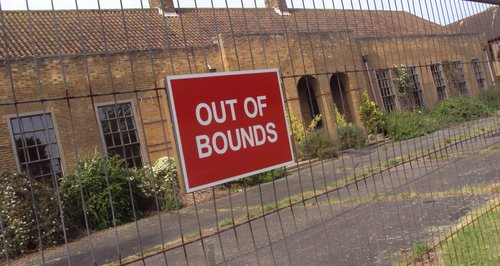 A public consultation is starting this morning about plans to re-develop the old RAF Coltishall air base.

Norfolk County Council say their vision to develop the site could lead to the creation of hundreds of jobs, new housing for local people and new tourism opportunities.

The County Council is launching a public consultation today (Wednesday 24 July) to gather views on its new ‘Development Vision’ for the former airbase which outlines strategies for a number of key themes such as employment, enterprise & investment, accessibility, heritage and green infrastructure.

The consultation asks for feedback on the proposed plans by September - and invites people to make suggestions on what further opportunities should be considered.

The Vision includes concept maps and illustrations of what the site might look like if plans come to fruition over a number of years and details how the site's important site's rich heritage could be brought back to life.

George Nobbs, Norfolk County Council Leader and Cabinet Member for Economic Development, said: “This is one of the most exciting development projects that the County Council has ever taken on. RAF Coltishall, as it used to be known, is held in great affection by those who served there, by local residents and by the people of Norfolk as a whole. That's why I and my colleagues are determined to treat the site with the utmost respect.

"This is not a collection of industrial units or a site for intensive development. Our aim is to make it a living breathing part of the local community that everyone involved can be very proud of. RAF Coltishall deserves no less."

Possible opportunities to generate income which include reusing a number of the existing buildings for commercial use, returning some of the land for agriculture, creation of a large scale solar farm and areas for camping and caravanning with links potential links to the Bure Valley Railway. Providing new locations for business, some housing and the possibility of removing surplus hard standing areas for aggregate are also included.

The Council anticipates that the main runway would be retained and says that commercial aviation will not feature in its future plans. Proposed plans to extract some aggregate would be mainly from the Cold War runway extensions and a number of options are being explored such as the route the aggregate lorries could take to minimise disruption to surrounding villages, if planning permission is granted.

Some of the new ideas open for discussion include: