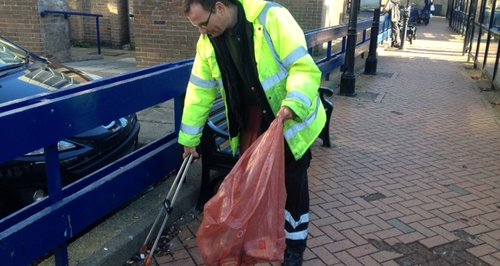 The council are carrying out an experiment on Church Street in Wellingborough to show how much litter gets dropped over the weekend.

Street Cleaners will only collect the litter from one side of the road and will leave the other side, where the college and bus stops are, uncleaned.

Councillor Peter Morrall told Heart they spend more than £100,000 a year on cleaning the towns streets, a figure they want to reduce.

"We have more than enough bins, its about education and trying to change the state of mind that throwing it on the floor is ok rather than going a few yards and putting it in the waste bin"

He claims the wind and the amount of weekend trade will play a part in how much litter is left on the street until Monday morning but he hopes it's enough to show the seriousness of the problem.