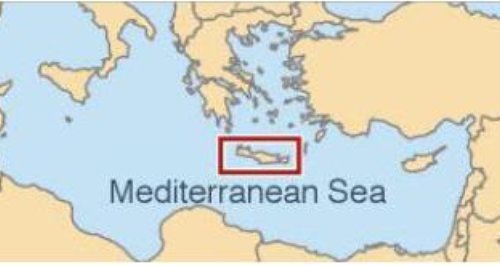 A University of Northampton student faces a year in a Greek prison cell after being accused of stabbing a fellow British holidaymaker to death.

Two aunts of model Myles Litchmore-Dunbar, 19, have insisted he is innocent.  They have urged witnesses to come forward as he awaits trial.

Tyrell Matthews-Burton, also 19, from Leyton, east London, was killed during a 30-man brawl outside a nightclub in the holiday resort of Malia, Crete, on Tuesday 23 July 2013.

Litchmore-Dunbar denies stabbing him and says he has no idea how a bloody knife was found in his hotel room following the fight.

On Friday 2 August, his aunt Denise Litchmore told ITV1's Daybreak programme: "We know that Myles is absolutely innocent, because we know who Myles is. Myles is a product of us, and we are a product of Myles.''

She told how he is a first-year economics student at university and is planning to be an investment banker.

Asked about the knife found in his room and why there was blood on his clothes, she said: "The room that the knife was found in is a room that was shared, so he wasn't the sole occupant of the room. The knife wasn't found with his belongings.

"There obviously is evidence that we can't discuss - we would love to. We know the reasons why there might have been a little bit of blood on some of his clothing, but we are not allowed to talk about it.

Another aunt, Kim Auguste, said: "We know Myles is innocent, as the investigation continues, we are confident that his innocence will be proved.''

She urged witnesses to come forward ahead of a bail hearing on Monday.

According to reports, Litchmore-Dunbar admits he was involved in the brawl but claims he had blood on his clothes because someone who was bleeding must have fallen on to him during the fracas.

He says he did not stab Tyrell and has no idea why the knife was in his room.

His defence solicitor Theoharis Velakouras has been quoted as saying: "He tried to stop the fight and bring peace. While he was trying to bring the peace Tyrell was already dying and fell on top of him and he slowly, slowly put him down to the ground.

"While he was doing that the murderer found the chance to disappear.''