The body of a woman, found in the River Wear in Sunderland still hasn't been identified, more than 2 days after she was found.

Police are now appealing for the public to come forward with information after the discovery close to the Wearmouth Bridge at 7.30am on Thursday 30th April.

She is described as a white woman in her early 20s, 5 feet 6" tall, slim with brown shoulder length hair.

Officers from Northumbria Police have released pictures of clothing similar to what was worn by the woman when she was found, hoping it will jog people's memories.

She was wearing a turquoise green Regatta fleece, a red, white and blue checked shirt from Topshop, a dark coloured denim skinny jeans from H&M, a thin brown belt and size seven light brown lace up ankle boots (pictured below) 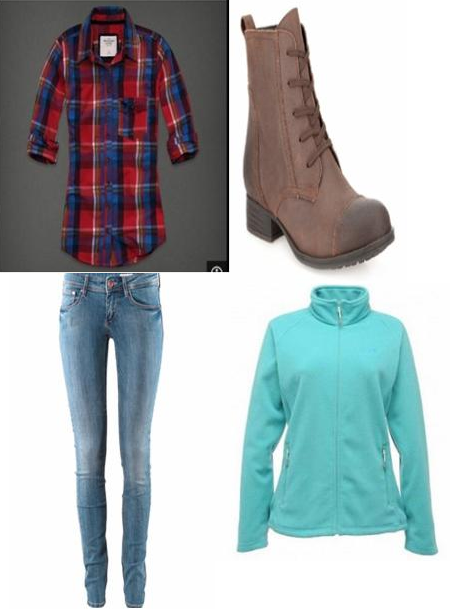 Officers are carrying out a number of enquiries in order to establish the identity of the woman and the circumstances leading up to her death.

Police have established that the cause of the woman's death was due to drowning.

Detective Inspector Dave English, from Northumbria Police, said:
"We are carrying out a number of lines of enquiry in order to identify of the woman and to establish the circumstances which led to her death.

So far we do not know who she is. We hope that by releasing photos of the type of clothing she was wearing, as well as having a better indication of when she entered the water, this may lead to members of the public coming forward with information.

We would urge people to contact the police if they were around the riverside area of the River Wear earlier this week, on Tuesday or Wednesday and think they may have seen this young woman there.

And we also want to hear from anyone who has a friend or a relative they haven't see recently, who matches the description of the young woman, to let us know if they have concerns about them.

Police are appealing for information after a woman's body was found in the River Wear.

At 7:30am this morning police received a report that a woman's body had been found on the riverside near to the Wearmouth Bridge in Sunderland.

The body was recovered and enquiries are ongoing to identify who she is.

The woman is described as being white, in her 20s and has shoulder length dark brown hair.

Officers are carrying out a number of enquiries to establish the identity of the woman and the circumstances leading up to her death.