E-coli Outbreak in the North East 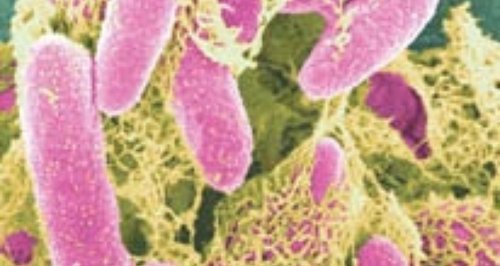 County Durham and North Tees residents advised to throw out cold pre-cooked meats and savouries bought from local butcher as a precaution.

Local residents in the south of County Durham and North Tees are being advised not to eat any cold pre-cooked meats and savouries bought since 25 June from Robinson's butchers and caterers in Wingate and Billingham.

The precautionary advice has been issued as an investigation begins into the possible source of an outbreak of E.coli O157, affecting local residents.

E.coli O157 is a serious bacterial infection that can cause severe stomach pain, bloody diarrhoea and kidney failure.

Environmental health teams from both County Durham and Stockton councils are working closely with local health protection experts from Public Health England after a sudden increase in reports of E.coli O157 infection in the area.

To date, seven confirmed and one suspected cases of E.coli O157 have been reported in the last week in both adults and children. Two of the children are currently receiving treatment in hospital.

'The source of this outbreak is not yet known. However, several of the affected people are known to have eaten cooked meat products bought or supplied by Robinson's butcher shops in either Wingate or Billingham.

'Although our investigation is at a very early stage, as a precautionary measure we are advising anyone who has bought cooked meats or savouries from Robinson's butchers in Wingate or Billingham since 25 June, and still has them in their fridge or freezer, not to eat them and to throw them out immediately.

'The premises have also agreed to carry out a deep clean of both premises and reinforce good hygiene practices.

'Anyone who has eaten cooked meats bought since 25 June from Robinson's butchers and feels unwell should contact their GP in the usual way.'