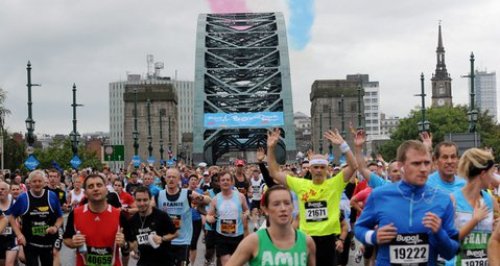 The Great North Run, the world's most iconic half marathon, is back! And it's expected to be the BIGGEST yet!

This Sunday, tens of thousands of of runners will take on the 13.1 mile course from Newcastle's Central Motorway down to South Shields sea front.

There's also other events going on on the Newcastle and Gateshead Quayside on Saturday - the Great North City Games and the Junior 5k Run.

This all means a number of roads will be closed across the weekend.

Here's all the info you need about which roads will be closed and when:
Newcastle / Gateshead

* A183 Redwell Lane / Coast Road Roundabout - will be closed from 9am to 5pm to the Coast Road (A183) Roundabout with Sea Road and Mowbray Road.

These are the legal closure times allowed by the relevant local authorities. The actual road closure times when participants are using the roads will be managed by stewards.

The Gateshead Millennium Bridge will remain open during the event.

Access to the Hilton Hotel and Curzon Place will be via Oakwellgate, Cannon Street and Church Street and Bridge Street