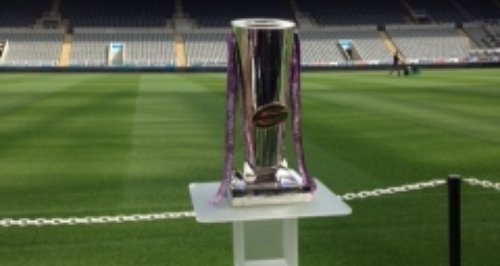 Newcastle United have announced the Dacia Magic Weekend will return to St James' Park next year.

Magic Weekend was first held in Newcastle in 2015 and returned for a second year in 2016, when more than 68,000 fans attended across the weekend - the highest ever recorded for the two-day event.

The fixtures for Magic Weekend 2017 have also been revealed, with three Betfred Super League games taking place on the Saturday and three on the Sunday.

Wigan Warriors and Warrington Wolves will face each other in a rematch of the 2016 Super League Grand Final in the closing game on Saturday evening.

The two other Super League semi-finalists, Hull FC and St. Helens, will face each other on Saturday afternoon at 4.45pm following the opening fixture of the weekend, Widnes Vikings v Wakefield Trinity which kicks off the round of Betfred Super League fixtures at 2.30pm.

Catalans Dragons and Huddersfield Giants will kick off the second day of the annual Rugby League extravaganza when they go head-to-head at 1pm.

Leigh Centurions will get their first ever taste of a Dacia Magic Weekend as they take on the Salford Red Devils at 3.15pm before one of the most eagerly anticipated clashes of the Rugby League season - a Yorkshire derby between Leeds Rhinos and Castleford Tigers, brings the curtain down on an action-packed weekend at 5.30pm.

Super League General Manager, Mark Foster, said: "[Newcastle] has made us feel incredibly welcome and we know that our fans love visiting the North East not just to witness a whole round of the Betfred Super League but also to take in everything else that this wonderful city and surrounding area has to offer."

Lee Charnley, Newcastle United's Managing Director, said: "It is fantastic to welcome the Super League's Magic Weekend back to Newcastle and St. James' Park for a third successive year.

"It has become a real highlight in the North East's sporting calendar over the past two years, with record attendances and a great atmosphere in and around the city.

"It's excellent news too for the local economy and we are proud to work together with our partners in the city to attract events of this calibre to Newcastle."

It is estimated that the 2016 Dacia Magic Weekend was worth more than £4m to the local economy in the North East and having broken the record for attendance at a Magic Weekend two years in a row it is expected that crowds will head to the city in large numbers once again.