Calls For Better Signs On River Wear After Teen Death

A coroner has called for better signs on the spot where 17 year old Jordan Roberts died last year.

A verdict of accidental death was given at an inquest for Jordan.

A coroner is now calling for better safety measures around Finchale Abbey in County Durham.

The coroner described it as "a day of fun that went fatally wrong."

17 year old Jordan Roberts, was playing with his two brothers and a family friend by the River Wear near Finchale Abbey, County Durham, when the alarm was raised.

Along with one of his brothers, Jordan got into trouble in the water just after 5pm.

The family friend, in his 20s, was able to pull the brother out of the water and performed life saving CPR on the side of the river before he was taken to hospital.

But he was unable to reach Jordan, from Sunderland (pictured), as he struggled in the river. 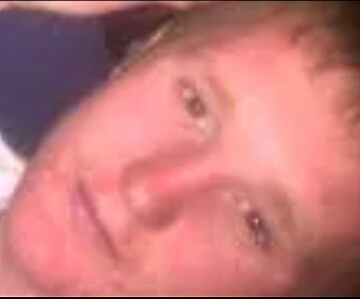 Formal identification hasn't taken place on the body, but Jordan's family have been told.

A major search and rescue effort was sparked, involving a police helicopter, fire and rescue officers trained in water search, a police dog section and an underwater diving team.

The specialist teams restarted their efforts this morning, after calling the search to halt due to bad light at around 8.30pm.

A North East Ambulance Service spokesman said it had dispatched a Hazardous Area Response Team to the scene.

The area surrounding the scene, including a number of roads, has been cordoned off by police.

UPDATED 8am, Tuesday 9th September 2014
A major search and rescue operation is under way for a missing teenager after he got into trouble in the River Wear last night.

17 year old Jordan Roberts was playing with three other friends by the River Wear near Finchale Abbey, when the alarm was raised shortly after 5pm.

Three of them had entered the water and got into difficulty, with one being pulled out and having life saving CPR administered on the river bank before being taken to hospital.

Jordan, from Sunderland, still remains unaccounted for and emergency teams continued the search for him after suspending the operation at 8.30pm last night.

This involved a police helicopter, Teesdale and Weardale search and rescue team, fire and rescue officers trained in water search, the police dog section and an underwater diving team.

Superintendent Andy Huddleston, Durham Constabulary, said:
"We are continuing with the search for Jordan this morning and we have specially trained officers supporting Jordan's family at this difficult time."

A North East Ambulance Service spokesman said they had dispatched a Hazardous Area Response Team to the scene.

The area surrounding the scene has been cordoned off by police including a number of roads.