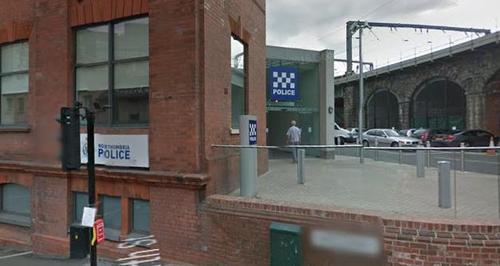 Northumbria Police can confirm a man has died while in custody.

At 3.15pm, on Thursday, July 23, a man arrested earlier the same day by officers in the Newcastle area became ill while in custody at Forth Banks police station in the city.

He received immediate medical attention within the cell and an ambulance was called to the station.

Following further treatment by paramedics, the man was pronounced dead at just after 3.45pm.

The death has been referred to the Independent Police Complaints Commission (IPCC) as matter of course who will carry out a full independent investigation into the incident. Northumbria Police is fully cooperating with this investigation.

'This death within our custody is a tragic incident.

'We immediately referred the death to the IPCC for independent investigation, as we would with any death in police custody, and we are assisting them fully.

'Northumbria Police takes its commitment to the welfare of prisoners extremely seriously.

'This death comes on the same day the IPCC released their annual statistics on deaths during or following police contact.

'Northumbria Police's statistics were included in this report and as a force we welcome this in the interests of openness and transparency.

'The public can be assured that Northumbria Police successfully manages the safety and welfare of thousands of prisoners each year.

'However, we do acknowledge this incident may raise concerns on the safety of our custody suites.

'Officers and staff working in the custody environment receive a higher standard of first aid training than regular officers enabling them to provide an effective, immediate response in the event of a medical emergency.

'We can give full reassurance that Forth Banks police station is a new facility with state of the art equipment such as CCTV and has medical provision.

'The IPCC investigation will look into all of these factors and we give them our full cooperation.'