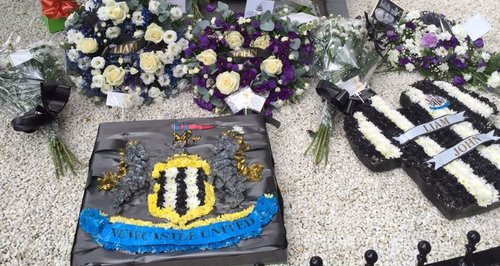 One year on from Malaysia Airlines Flight MH17 being shot down over Ukraine, listen back to Heart's Nightly News special.

As part of our special documentary, looking into what happened on July 17th 2014, Heart's Martin Lindsay accompanied Barry Sweeney, the dad of Newcastle United fan Liam Sweeney who was one of the victims, to London to sit in on a meeting between Barry and Newcastle Central MP Chi Onwurah.

Following this meeting, Chi Onwurah raised Barry's concerns in the Commons and has since been granted a meeting with Foreign Office Minister David Lidington.