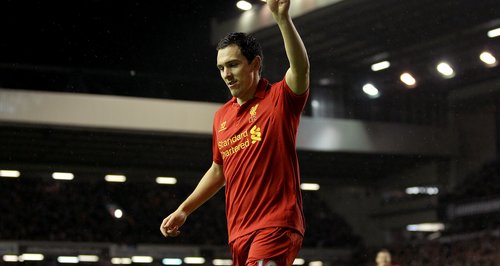 Downing drops down from the Barclays Premier League to rejoin his home-town club, who were beaten by Norwich in the Championship play-off final at Wembley in May.

The 30-year-old England international played almost 250 games for Boro during an eight-year spell before leaving for Aston Villa in 2009 and will link up with Aitor Karanka's squad at a pre-season training camp in Marbella.

Downing, perhaps the highest-profile graduate of the north-east club's famed academy, was left out of the Hammers' squad for their Thursday night Europa League clash with Birkirkara and was pictured arriving for a medical with Boro looking to seal a sensational swoop.

And, with his signature now secured, Karanka is pleased to add a player of Downing's calibre to his squad.

'It's an amazing signing for us. He's more than just a player,'' the Spaniard told his club's official website.'Nobody expected him to come here but he wants to be here, and is completely committed to the club and the team.

'He is a very good person and I'm excited to work with him.''

Downing made his Boro debut during the 2001/02 campaign and spent seven further seasons at the Riverside Stadium before earning a £12million move to Aston Villa in July 2009.

The winger swapped life in the Midlands for Liverpool, who paid £20m for his services, two years later and then headed to West Ham for £5m in August 2013.