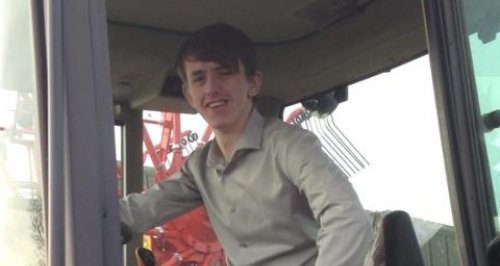 An eighth teenager has been arrested in connection with the investigation into the murder of a man in Norton.

It's after the death of 24 year old Shane Tunney, who died 5 weeks after being attacked on Holly Street in the town.

Today's arrest is the ninth in this investigation and police continue to urge anyone with information to contact Cleveland Police on 101.

Alternatively information can be passed anonymously to the independent charity Crimestoppers on 0800 555 111 or via their website www.crimestoppers-uk.org

An eighth teenager has been arrested in connection with the investigation into the murder of a man in Norton.

A 16-year-old boy from the Norton area was arrested this morning on suspicion of murder and robbery, after Shane Tunney died from injuries he suffered a month ago.

He is currently in police custody.

Shane, who was 24, passed away in hospital on Wednesday, almost five weeks after being injured on Holly Street in the town.

Detective Chief Inspector Steve Young said:
"Officers have made an eighth arrest this morning in connection with this investigation."

"The man is currently in custody and another seven teenagers remain on bail pending further enquiries."

"Again, today, I want to repeat my appeal to members of the local community."

"Please come forward with any information that you may have. Shane was a hero on the night of the assault and he has paid the ultimate price."