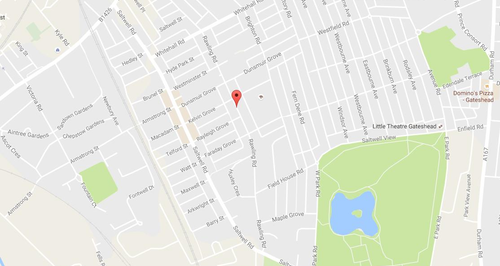 A 25-year-old man has been arrested on suspicion of murder, after the death of a woman in Gateshead.

At around 6.30pm on Wednesday evening, police got a report of concern for the welfare of a 24-year-old woman at an address on Rawling Road in Gateshead.

Emergency services found her suffering with serious injuries - but she was pronounced dead at the scene by paramedics.

Officers have been trying to work out what happened.

A 25-year-old man is being held on suspicion of murder and remains in police custody.

The victim's next of kin have also been informed and specialist officers are supporting her family.

Police had had contact with the victim in the past, and so the Independent Police Complaints Commission (IPCC) have been informed.

Extra officers are in the area to carry out house-to-house enquiries and to reassure any concerned members of the public.

If anyone did see anything suspicious in the area this afternoon then they should contact police on 101 quoting reference number 843 12/10/16.