North East children are among the least likely in the country to have a chance of attending a high performing secondary school, according to a study.

It suggests that there is a growing geographical divide in England in terms of whether a youngster has access to a secondary where pupils make good progress in their education.

The Education Policy Institute (EPI) research argues that access to such schools became more unequal between 2010 and 2015, despite government policies aimed at boosting school standards.

Former Lib Dem education minister and EPI chairman David Laws said the findings were "shocking", and argued that more needs to be done to deal with the issue.

The study defines "high-performing" secondary schools as those in the top third in terms of the progress pupils make, rather than exam results or Ofsted judgments.

It goes on to calculate that of the 20 local authorities with the biggest increases in density of high-performing school places between 2010 and 2015, 16 were in the capital, including Harrow, Hillingdon and Brent. Those outside London in this list include Poole and Stockport.

In comparison, of the 20 areas with the largest decreases in high-performing places, none were in London. They include Blackburn, Derby, Wirral, Warrington and Dudley.

Mr Laws said: "It is shocking to see that over recent years the access to high quality secondary school places in England has become even more unequal. In one fifth of local areas, children cannot access quality secondary school places. Government rhetoric about spreading opportunity is not being matched by experience in areas such as the North, North East and parts of the Midlands."

Geoff Barton, general secretary of the Association of School and College Leaders, said: "We need to remind ourselves that nearly 80% of England's secondary schools are now judged good or outstanding by Ofsted, and that there are many good and outstanding schools in every region. That said, there is clearly more work to be done to raise standards further, particularly in schools and in areas facing the greatest challenges, to ensure every child has access to an excellent education wherever they live."

"As the Education Secretary said earlier this month when launching our plan to boost social mobility, we want to make sure opportunities are spread evenly across the country." 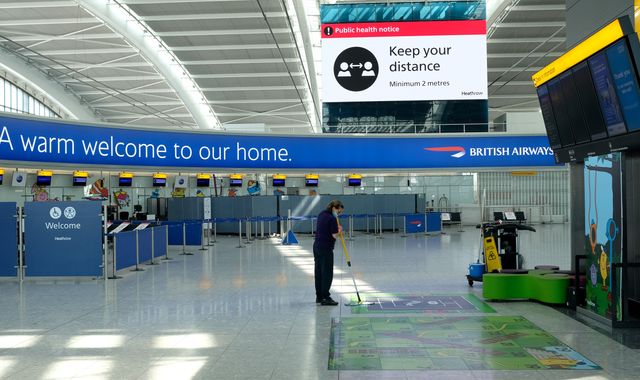