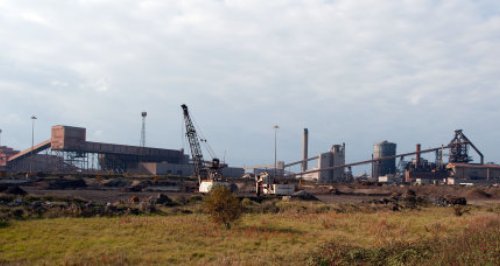 Unions, business leaders and politicians will attend a Steel Summit in Rotherham later, after the closure of the SSI plant in Redcar.

The Government is to be warned that the steel industry is in crisis and needs more than "warm words'' to help save jobs.

Ministers will be pressed to take "urgent short-term action'' to support the industry.

Roy Rickhuss, general secretary of the Community union, said:
"The Government scandalously missed opportunities to intervene and protect the industrial assets in Redcar, which has left a community devastated and taxpayers picking up a bill of hundreds of millions to clean the site. This must not be allowed to happen again and what has happened in Redcar should focus everyone's minds.

For several years, we have been calling for a government-led steel strategy, which recognises the importance of this foundation industry to the wider UK economy. The current steel crisis is partly a result of such a strategy not existing.

The summit must not be a talking shop. There is a case for urgent, short-term action to help create a level-playing field for UK steel producers. Retaining vital steel making skills should be a priority. Other European countries offer support for short-time working to help retain or upskill steelworkers ready for when the market recovers.''

"The steel industry is at crisis point. Unless the Government pursues an industrial strategy with a 'steel heart' then soundbites like Northern Powerhouse and March of the Makers will be nothing more than empty rhetoric for communities who rely on skilled jobs in steel and manufacturing.

Ministers need to start by keeping the coke ovens at Redcar burning and supporting the wider steel industry through these turbulent times, so that British industry can benefit from major infrastructure projects, such as HS2.

A failure to do so will torpedo any ambition to rebalance the economy and lay waste to communities and key industrial assets. The clock is ticking. It's time for the Government to stop washing its hands of the industry and intervene to support steel.

The Germans do it through an active industrial strategy and the Italians do it by intervening directly in their steel industry making a mockery of ministers' claims that EU rules forbid it.''

Business Secretary Sajid Javid, who will be chairing the summit, said:
"This is a hugely difficult time for the steel industry across the world - one of the toughest times ever. It is a worldwide problem, and while it will not be solved overnight, we will work closely in partnership with the industry to help find some answers.

There is no magic bullet and we can't change the price of steel, but we can forensically work through all of the challenges we know the industry is facing to see what solutions there might be. We will also continue to do everything we can to support workers and to continue building a strong economy across the country.''

Shifts at the Redcar plant finished on Thursday, with union officials describing it as the "killing of steel making on Teesside''.

The coke ovens and blast furnace at the Redcar steelworks are being shut down after the Thai owners went into liquidation and no buyer was found.

A steelworks which was mothballed over two years ago resumed production today, bucking the trend in the industry.

Liberty Steel in Newport, South Wales, will produce materials for the domestic market, with potential to expand into exports.

Steel and metals group Liberty House retained the 150 workers after buying the facility in 2013.

Managing director Sanjeev Gupta said:
"By investing in making steel products we are helping to sustain a whole network of customers and suppliers across South Wales and UK economy.''