The 28 year old striker pleaded guilty to grooming and kissing a 15 year old girl at the start of his trial at Bradford Crown Court.

Last week (2nd March) he was found guilty of another count of sexual activity with the girl.

Margaret Byrne's departure follows criticism of the football club over the decision to allow the 28 year old player to continue representing the club after he was charged.

After he was initially suspended, Johnson was allowed back into the Premier League side and played for the team until he entered the guilty pleas last month.

In a statement Ms. Byrne said: "Contrary to what has been suggested, I did not understand that Mr. Johnson intended to change his plea at trial or at all.

"I was astounded when he did plead guilty.

"I accept that Mr. Johnson should not have been permitted to play again, irrespective of what he was going to plead.

"It was a serious error of judgment and I accept full responsibility for this.

"Mr. Johnson's victim has endured a terrible ordeal and for that I am truly sorry.

"At no time was the failure to suspend him again intended to cause any harm or distress to her or her family.

"I recognise that, as CEO, my involvement with Mr. Johnson and the decision to allow him to continue to represent the club was a serious mistake." 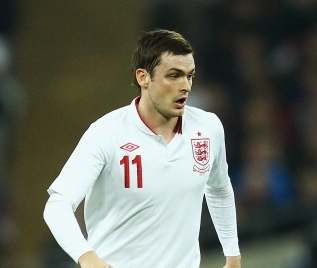 "Margaret, in her role as CEO, was responsible for the running of the club. She was also accountable for the actions taken by the club in relation to Mr. Johnson.

"Sunderland AFC acknowledges that Margaret's intentions have always been to act in the best interests of the club, however it has become clear through our own internal investigations that in this instance decisions have been taken by Margaret in error.

"Whilst swift and decisive action was taken to terminate Mr. Johnson's employment upon his guilty plea, decisions taken prior to this, including the decision not to suspend him for a second time pending the outcome of the trial, were wrong.

"In light of what has been acknowledged by Margaret as a serious error of judgment on her part, we have undertaken a full review of the club's decision-making processes to ensure that there can be no such mistakes in the future.

"Throughout this deeply regretful situation, we recognise that one devoted young fan and her family have been very badly let down, first and foremost by Mr. Johnson and his despicable actions, but also by the club they support. We are so very sorry for this.

"Mr. Johnson lied to the club; he also lied to our fans and they have every right to feel aggrieved by this. Lessons have been learned and we hope that the club and its fans can move forward from this together."