Stockton sprinter Richard Kilty's won gold in the 60m at the European Indoor Championships in Prague.

The 25 year old clocked a season's best 6.51 seconds in a race where his main rival and team-mate Chijindu Ujah was disqualified for a false start.

He tweeted to say he's been congratulated by Elton John for his achievement!

Kilty adds the European title to his already impressive world Indoor Champion accolade, which he picked up in March 2014.

He took to Twitter following his win to thank everyone involved in his training. 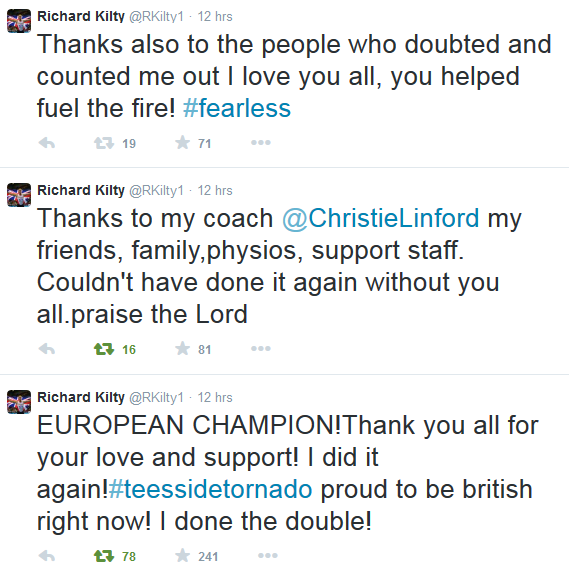