Manchester City and Sergio Aguero are understood to be considering legal action after the striker alleged he was spat at and verbally abused following Monday's FA Cup loss to Wigan.

Thousands of fans spilled onto the pitch after the final whistle at the DW Stadium and, during the chaos, television cameras appeared to show Aguero raising his arm to push away a supporter who had confronted him.

Press Association Sport understands Aguero reported the individual shouted "suck my ****" at him and spat in his ear, with the player and club due to consult lawyers over whether they believe a common assault occurred.

It is believed Aguero will face no punishment from the Football Association for the incident as the governing body are mindful of the scenario he found himself in, though City's all-time leading scorer has been reminded of his responsibilities.

Both Wigan, who won the fifth-round contest 1-0, and City have been charged by the FA for failing to control their players in the aftermath of Fabian Delph's first-half dismissal.

It is also thought that the FA will take no action over the half-time row in the DW Stadium tunnel that featured City boss Pep Guardiola and Wigan counterpart Paul Cook.

The two managers were involved in a heated exchange following Delph's red card and their confrontation continued at the interval, when TV cameras showed Guardiola being restrained by colleagues.

However, the FA is understood to be satisfied that no misconduct took place.

"Both Wigan Athletic and Manchester City have been charged for failing to control their players in relation to the dismissal of Fabian Delph during last night's Emirates FA Cup fifth-round tie," an FA statement said.

"The clubs have until 6pm on Friday 23 February to respond.

"In addition, both clubs have been asked to provide their observations following the crowd trouble at the end of the game and have until Monday 26 February to respond."

Wigan and the police have launched investigations into the ugly scenes after the final whistle, when disturbances were sparked among both sets of followers after numerous Latics supporters celebrated in front of the stand where City's fans were based.

Advertising hoardings were ripped up and thrown onto the pitch along with other objects, while missiles were launched from the field into the stand, with clashes also occurring between fans and police and stewards.

Police made two arrests on suspicion of affray following an incident outside the ground.

Chief Superintendent Stuart Ellison of Greater Manchester Police said: "Football is a family event and the disruption that players and fans alike faced last night will not be tolerated.

"As soon as people were on the pitch, we immediately deployed our resources to the front of the stands, where they were able to keep the two groups of supporters apart and prevent any further disruption.

"Emotions always run high at football matches, and sometimes this means that officers have to intervene to ensure the safety of the fans."

Though City have not commented, it is understood they feel the level of stewarding was inadequate and are concerned the safety of players was endangered.

For their part, Wigan said they were looking into the matter.

"Player and staff safety is of paramount importance and we will conduct a full investigation." 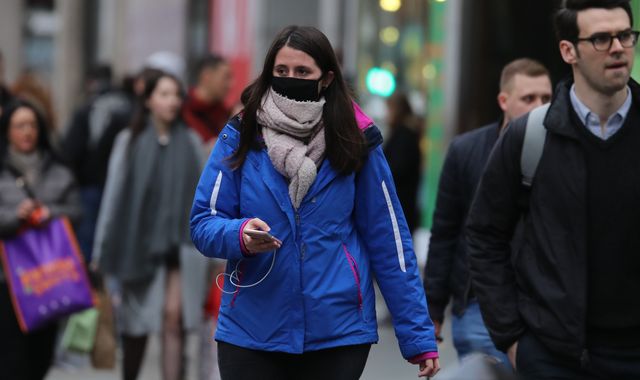