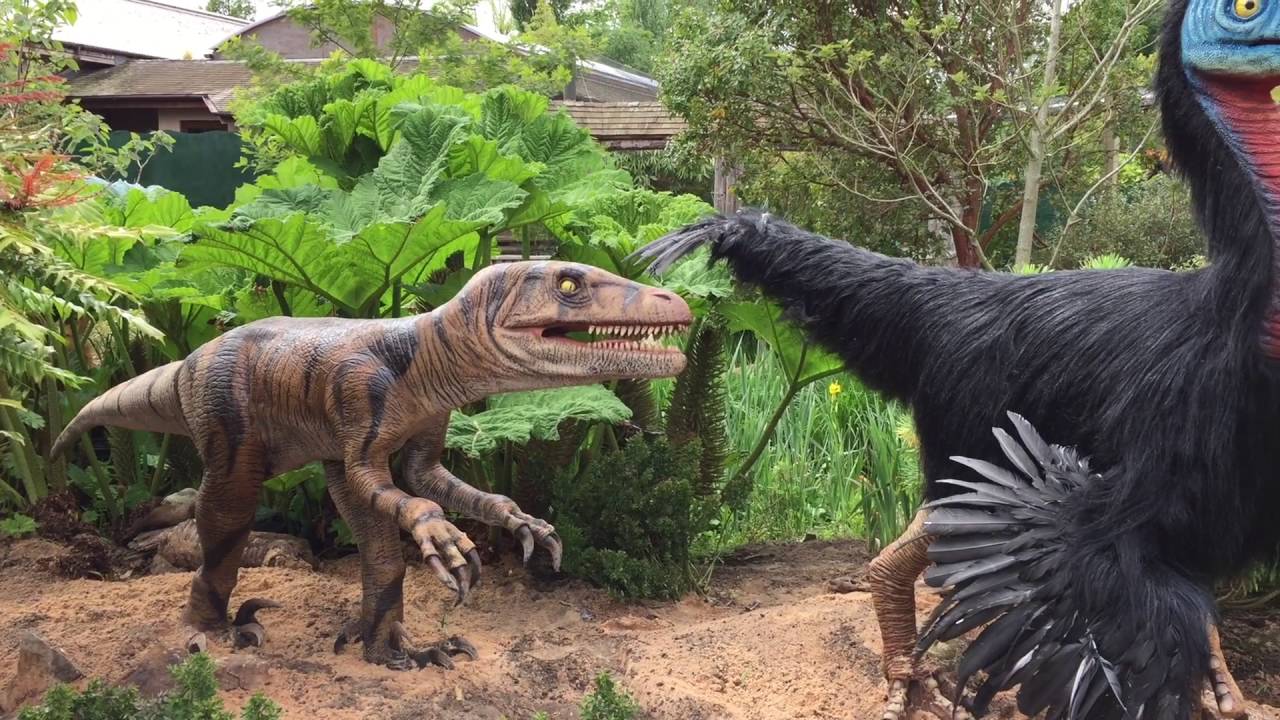 A huge giganotosaurus, a dilophosaurus and a brachiosaurus are among a set of new arrivals at Chester Zoo

23 life-like robotic dinosaurs have taken over part of Chester Zoo as part of the attractions largest ever exhibition.

The realistic looks, movements and sounds are designed to show the creatures which disappeared millions of years ago, with the aim of highlighting what could happen to many of the living animals in the zoo; Eastern black rhinos, Sumatran orangutans and Sumatran tigers, who are all facing the threat of extinction.

Charlotte Smith, head of discovery and learning, said:  “Although the dinosaurs are a lot fun, we hope that they help us to raise awareness of a very real threat that many of the species here at the zoo face in the wild - extinction. The very last thing we want is for future generations to only be able to see animatronic rhinos, elephants, orangutans and lions because they too have disappeared – so it’s vital that we help save them now whilst we still have the opportunity.”

Dinosaurs! The Next Adventure is free with normal zoo admission and opens on Saturday 28 May and will run every day until Friday 2 September 2016.