Liverpool have advised their supporters not to walk to the Stadio Olimpico "under any circumstances" when they play Roma in the return leg of their Champions League semi-final tie.

The club have issued the guidance, along with a list of other safety and security recommendations, for fans travelling to Italy for Wednesday's match.

It comes after violence outside Anfield ahead of last Tuesday's first leg left 53-year-old Liverpool fan Sean Cox in a critical condition in hospital, for which two Italian men have been charged.

Fearing the possibility of further trouble or attacks, Liverpool have published some advice "according to information provided by the Italian authorities as a result of ongoing collaboration with UEFA, AS Roma and Liverpool FC" for its travelling fans.

It is advised that supporters arrive early because of expected long queues to check tickets but they are asked not to walk to the stadium "under any circumstances".

The club have also called on supporters to respect national monuments by not hanging banners and scarves on them and have told them to expect to be held back in the stadium after the match for longer than usual.

Liverpool conclude the statement on their official website by requesting that "supporters not in possession of a valid match ticket not to travel".

Merseyside Police Chief Superintendent Dave Charnock said: “We want every fan to have a safe and enjoyable experience in Rome and we have been working closely with Liverpool and AS Roma Football clubs and supporter groups ahead of next week’s second leg match. A number of dedicated football officers will also working alongside Italian police officers in the policing of the game.

“I am not aware of any football-related arrests of Liverpool fans in any of the European away matches during this campaign. Liverpool has a great sporting history in Europe and I am sure that supporters would want to further enhance the reputation of football on Merseyside by being ambassadors for their club and the city whilst contributing to the atmosphere inside the ground.

“We know there is great rivalry between fans but we also know that the majority of fans are well behaved and respectful and want to travel to Rome to enjoy the experience of what we hope to be a fantastic match.

“While we understand and appreciate that many Liverpool fans will want to travel to Rome, I would continue to encourage fans who do not have tickets to not travel. If the details on your ticket and passport do not match, you will be refused entry to the ground by Italian authorities.

“Fans who are travelling with tickets are encouraged to monitor official fan advice on the Club’s official website and social media feeds for information to assist their visit. And as ever, given the vigilance of police and security around the stadium, we would encourage fans to arrive in plenty of time to enjoy the atmosphere.” 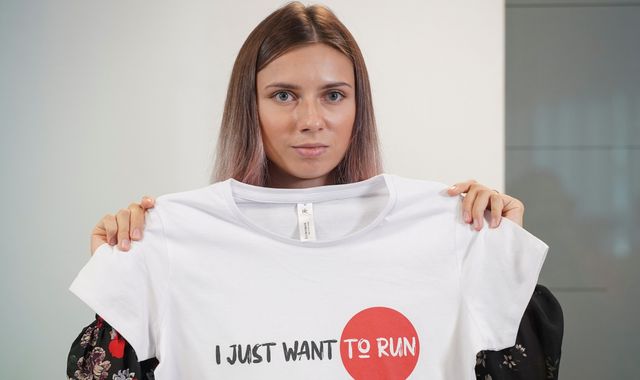 Krystina Tsimanouskaya: Belarus Olympic sprinter says family feared she would be sent to psychiatric ward if she returned home