A report on the experiences of the Hillsborough families has found.

The review by Bishop James Jones, published on Wednesday by the Home Office, was commissioned following the inquests into the deaths of 96 Liverpool FC fans at the 1989 FA Cup semi-final - which found they were unlawfully killed and errors by the police and ambulance service caused or contributed to their deaths.

In the report, he said: "What is needed is a change in attitude, culture, heart and mind.

"To bring this about, I first ask that those in positions of leadership listen seriously to the experiences of the Hillsborough families described in this report."

The former Bishop of Liverpool set out 25 "essential" learning points in his report, titled The Patronising Disposition of Unaccountable Power, and called for the establishment of a charter for families bereaved by public tragedy, publicly-funded legal representation for families at inquests where public bodies are represented, and a "duty of candour" for police officers.

In the report, he said: "I suggest that the way in which families bereaved through public tragedy are treated by those in authority is in itself a burning injustice which must be addressed."

He said it was clear some of the issues faced by the Hillsborough families in the aftermath of the tragedy, which took place on April 15 1989, still persist.

He said: "The experience of the Hillsborough families demonstrates the need for a substantial change in the culture of public bodies."

Bishop Jones proposed that public bodies sign up to a Charter for Families Bereaved Through Public Tragedy to commit to placing the public interest above their own reputation in the event of a tragedy and to approaching public inquiries and inquests in an "open, honest and transparent way".

He called for a "duty of candour" which would require police officers, serving or retired, to cooperate fully with investigations undertaken by the Independent Police Complaints Commission or its successor body.

He said: "I believe there is at present a gap in police accountability arrangements and propose a duty of candour which addresses the unacceptable behaviour of police officers - serving or retired - who fail to cooperate fully with investigations into alleged criminal offences or misconduct."

The Bishop, who chaired the Hillsborough Independent Panel, said the response of South Yorkshire Police to criticism over Hillsborough had included examples of "institutional defensiveness" and recommended College of Policing training for senior police officers to ensure an "open and transparent approach" to inquiries and independent investigations.

The report found that the first inquests into the deaths, which had a cut-off time for evidence of 3.15pm on the day, failed to accurately establish how the 96 came about their deaths, and families were unable to successfully challenge the "flawed basis" on which the inquests took place because their legal representation was unfunded and inadequate.

In the report, Bishop Jones said: "The bravery and tenacity of the Hillsborough families has been exceptional; it is clear that without their determination and endurance there would never have been any redress for their 96 loved ones.

"But the fact that this level of resolve and persistence was necessary demonstrates a systemic failure of the processes that should work to bring about accountability and justice."

The Bishop supported the introduction of a "Hillsborough Law", which has been called for by families and would make it a criminal offence for public officials to cover up wrongdoing within an organisation.

"The Government will now carefully study the 25 points of learning and we will provide a full response in due course." 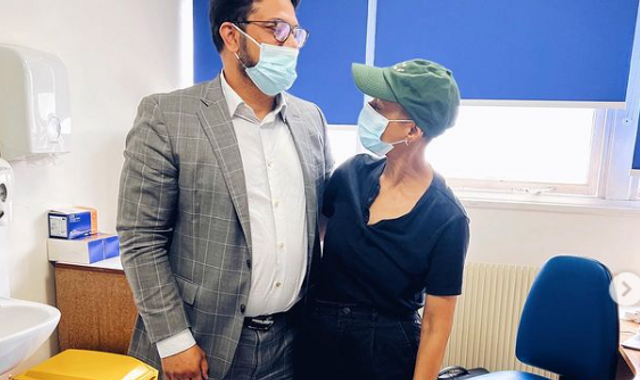 Adele Roberts given all-clear after treatment for bowel cancer