Fire crews are working round the clock to tackle a huge fire on Saddleworth Moor.

Last night around 30 people had to leave their homes in Carrbrook in Stalybridge as the wind pushed ther fire in their direction.
Leader of Tameside council, Brenda Warrington's being visiting Calico Crescent this morning she said it was: "absolutely scary, I know that people who were here last night have said how worrying it was and people were really really frightened"
Greater Manchester Mayor Andy Burnham's also been there getting an undate from figrefighters who have been working 16 hour shifts. He says a request is in for support from the army, United Utilities has offered the use of their helipcopter and a police drone will assess the situation.
He is also praising the work of firefighters "it's very very hard, arduous work because obviously they can't use water in certain places, they're beating the fire and in this sort of weather and the kit that takes some doing, so we're very grateful to them all as ever they've worked flat out".
Schools in the area have closed for the day with people living nearby being told to keep their windows closed and complaining the smoke is making their eyes itchy and getting into the back of their throat.
In an update on Wednesday morning Leon Parkes, GMFRS assistant chief fire officer, said:
"We've got over six kilometres of affected area - there is fire occurring in pockets around the outskirts. So we have got a belt of fire and obviously the wind direction at the time will have an affect on that.
"The seats of fire are not where we can access. We are having to park fire engines up and some of the fire scenes are two miles away so we are having to use other vehicles supplied by our partner agencies to transport firefighters and kit into those areas.
"The plan today is to try and really, really put some resource on the scene and put a heavy attack on this fire, and if that needs military assistance then that's what we'll consider."
Mr Parkes added: "This fire is particularly large. We've got lots of experience with dealing with moor fires but this particular incident is vast - it's presented some real challenges to the fire and rescue service in terms of our access, the conditions for firefighters that they have been working in and obviously the wind encourages the fire to spread.
"We have been dealing with an escalating incident and we are trying to get on top of it now."
On Facebook, Greater Manchester Police's Saddleworth division posted that an estimated 2,000 acres of moorland had been destroyed in the fire which had spread as far as Tintwistle in Derbyshire.
Some 65,000 gallons of water had been dropped by helicopter by Tuesday afternoon to fight the fire which was "unprecedented in recent times and has been devastating to the moorland and the wildlife that live there", it added.
The exact cause of the blaze has not been established, said the fire service. 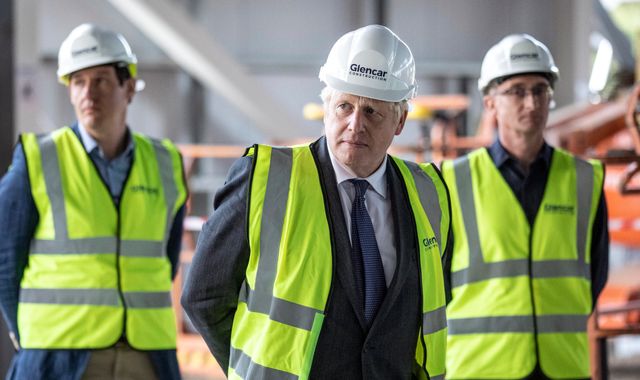