This image appears in the gallery:
Sea Odyssey in Liverpool 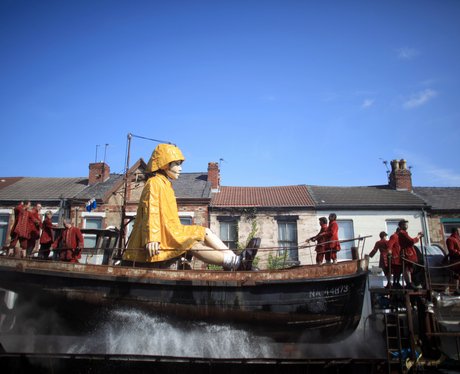 A giant puppet in a ship, part of a street theatre production entitled 'Sea Odyssey', travels on a float through the streets of Liverpool in north-west England, on April 20, 2012. Two puppets, a man and a girl, his niece, will roam through the city's streets looking for each other during the three day production. The free event, organised by French company Royal de Luxe is one of a series of events marking the 100th anniversary of the sinking of The Titanic. The liner, registered in Liverpool, sank on its maiden voyage to New York