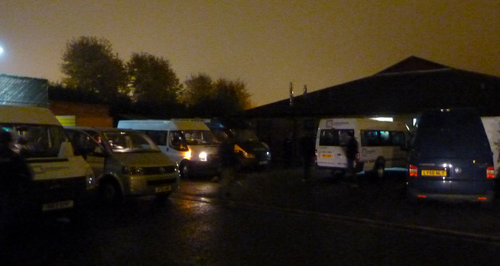 A second man has been charged in connection with a Police operation targeting the exploitation of migrant workers in Fenland.

Juris Valujevs, 35, of Turbus Road, King’s Lynn, Norfolk, has been charged with acting as an unlicensed gangmaster, fraud by false representation, conspiring to commit immigration offences and blackmail.

Mr Valujevs, who was arrested on Friday, appeared at Norwich Magistrates' Court on Saturday (October 19) and was remanded until Thursday (October 24).

Nine other people were arrested as part of Endeavour in the early hours of Tuesday (October 15) at addresses in Wisbech, March and King's Lynn.

The operation was led by police and the Gangmasters Licensing Authority (GLA) and also involved the National Crime Agency (NCA), Fenland District Council, the Home Office and the Vehicle and Operator Services Agency (VOSA).

Endeavour is a joint police and GLA inquiry into the exploitation of migrant workers in the Wisbech area, mainly from Lithuania and Latvia, which has been running for four months.