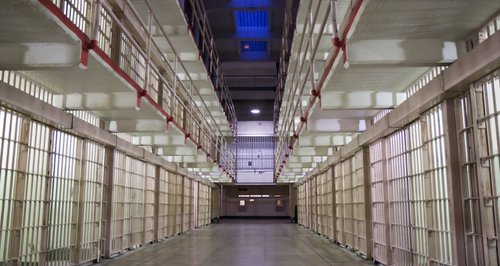 The Ministry of Justice says a payment-by-results trial to rehabilitate some inmates at Peterborough Prison has reduced re-offending.

Figures show the pilot, run by private investors Social Finance with support from a number of voluntary organisations, has seen reconviction rates at Peterborough Prison fall.

The pilot provided offenders with help as they prepared for release from jail and then access to services they needed out of prison, including housing, employment and financial services.

Ministers are planning to roll this out to all prisoners serving less than 12 months in legislation going through Parliament in the Offender Rehabilitation Bill.

The Peterborough pilot is the sort of approach I want to see rolled out to all offenders leaving prison.

It is madness that we release prisoners serving short sentences without any support in the community.

We cannot be surprised that so many of them go on to commit more crimes and that's why these changes are necessary.

These figures show a sizeable fall in reconvictions.

They clearly demonstrate that with targeted support and help aimed at the right people at the right time we can divert more offenders from a return to crime.''

In other statistics published, a similar scheme at Doncaster Prison show a lower reconviction rate between October 2011 and March 2012, compared with the same months in 2008-09 and 2009-10.

Max Chambers, head of crime and justice at Policy Exchange, said: "Considering that these results relate to a period in which providers were just finding their feet, these results are extremely encouraging.

While these results confound expectations and will no doubt dismay critics of the Government's reforms, providers know they will have to continue to work hard and innovate to sustain this great early progress. But all the evidence indicates that things are on the right track.''