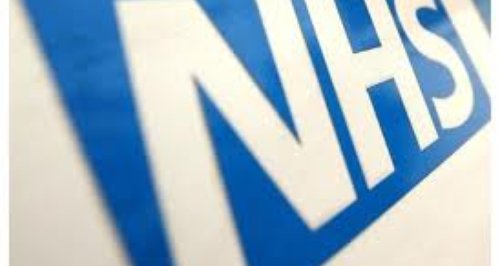 A number of women who were treated at the Stamford Hospital between 28 November to 2 December 1983 are being contacted after NHS worker discovers they had Hepatitis C.

Public Health England (PHE) have told Heart, they're aware a healthcare worker who had worked in Obstetrics and Gynaecology has been diagnosed with Hepatitis C infection.

It has recently come to light that the healthcare worker is known to have transmitted the virus to two patients while working at a hospital in Wales from 1984 until they ceased clinical practice in 2002.

Those patients identified as exposed or possibly exposed to Hepatitis C are being sent individual letters and asked to call a special confidential helpline, inviting them to attend a hospital clinic or, if they have moved away from the area, their GP for a blood test. Effective treatments are available for Hepatitis C and further information and advice will also be provided to anyone who needs it.

There is only a small chance that a patient might acquire Hepatitis C virus infection through surgical contact with an infected healthcare worker. The risk is very low as this can only occur if the healthcare worker is infectious and leads or assists in an operation or procedure on the patient. However, even in such circumstances transmission is very rare.

The healthcare worker also worked at other hospitals across the UK prior to working in Wales, including

Similar lookback exercises are taking place in parallel across all the hospitals in England, Scotland and Northern Ireland where the healthcare worker practised.

Less than 400 women in England have so far been identified as having definitely or possibly had operations conducted by the affected healthcare worker. They will be contacted directly by letter inviting them to call a confidential helpline,to discuss whether they would like to have a blood test arranged at their GP practice.

As it has been almost 30 years since the individual worked in hospitals in England, records of women who may be at risk are in some cases incomplete, for example if the hospital has been renamed or patients have moved around the country.

In England, the helpline and support service (0800 121 4400) will also be in place from 9am on Thursday 12 September, for any woman who is concerned because they had an obstetric or gynaecological operation, or they gave birth, at one of the 11 hospitals during the specified periods.

Dr Paul Cosford, medical director at PHE, told Heart: "We have worked hard to identify women in England who might have been at risk of contracting infection with hepatitis C from this healthcare worker and are contacting them to offer advice and a blood test for hepatitis C, should they wish to have one. I want to emphasise that the risk of infection is very small and that we are offering them testing purely as a precaution.

Around one in 250 adults in England have chronic Hepatitis C infection and it does not automatically lead to health problems. Treatment can help clear the infection in up to 80 per cent cases, which is why it’s important to identify anyone who may be at risk of having been infected so treatment can be started if necessary".

Like most people who are infected with hepatitis C, the healthcare worker had no symptoms and was unaware of the infection until after they retired. As soon as the risk of infection was recognised, and a transmission was confirmed, a process of tracing their occupational history began.

Patients who may have been at risk are being contacted by letter and given a confidential helpline number to call.

Any woman who is concerned because they had an obstetric or gynaecological operation, or they gave birth, at one of the 11 hospitals during the specified periods should contact the same helpline number where they will be assessed and offered advice on whether a test is appropriate for them.