Ramsey: Brother Jailed For Causing Death Of Sister In Crash 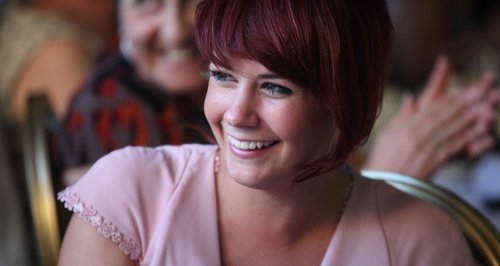 A drink-driver from Ramsey who killed his own sister when he crashed into a river has been jailed for 20 months.

Nathan Scotchford, 23, offered beauty therapist Natalie a lift to make sure she got home safe from a night out.

But he plunged his Transit van into a river and it overturned and sank, trapping 19 year-old Natalie inside.

Scotchford managed to free himself and local fishermen heard him shouting 'Help - my sister is in there'.

She was freed from the wreckage in the River Nene near Peterborough, but died in hospital shortly after.

A breath-test two hours after the accident, which happened around 3.40am on July 6 last year, found he was almost twice the legal alcohol limit with a reading of 61mgs/100mls.

Scotchford, of Ramsey, Cambs., admitted causing death by driving without due care and attention while drunk.

His grieving parents John, 60, and Sharon, 59 - who have vowed to stick together as a family - wept as he was jailed at Peterborough Crown Court.

His elderly grandparents were also present.

Judge Patrick O'Brien told Scotchford: "I want to extend my sympathies to the tight-knit Scotchford family and extended family.

It is clear the grief your thoughtless actions have inflicted upon them and the support they have given you in letters that are effectively asking mercy for you.

I must look at the matter not just from the point of view of the Scotchford family and friends but from the public gain.

And to try to ensure that we won't have more young people with cars driving relations and friends home after they have had far too much to drink for it to be safe for them to do so."

The judge added: "I take into account you're 23 years of age and your clean driving record for four years up until the time of the accident and your remorse.

And I take into account your attempts in the icy water to try to free your sister, and your vulnerability in prison.

I am forced to consider a suspended sentence but my answer is no.

The sentence upon you is to 20 months imprisonment but you will serve 10 of them with good behaviour.

I disqualify you from driving for the minimum level I can while taking in the  job you have been offered and the need to drive it around for work."

Defending, James Macwhirter said Scotchford feels "unbearable guilt when he looks his parents in the eyes."

He said: "The defendant no longer drinks. He has in fact stopped socialising since the awful event.

It was a momentary lapse of concentration.

I do fear I can't adequately convey the shame and guilt he feels, the shame and the hatred he will carry with him for the remainder of his life.

The burden manifests itself in the physical anguish born from the loss of his sister. And the obvious unbearable guilt when he looks his parents in the eyes."

Mr Macwhirter added that the Scotchford family had said: "We cannot properly grieve for Natalie if we have to grieve for Nathan as well."

In a statement after the accident Mr. and Mrs. Scotchford said their family would remain united.

They said: "Words cannot begin to convey how devastated we are at the loss of our beautiful Natalie.

She was a popular, caring and loving young woman who loved her friends, her family and having fun.

She'd just become a doting auntie and was doing a magnificent job supporting her sister looking after her little nephew.

We are an exceptionally close family and we will remain united - as we have always been - to support each other through the difficult times ahead."

After the case accident investigator PC James Thorne said: "This is an extremely tragic case which has clearly had a devastating impact on all of the family.

Justice must be done and the sentence has been passed however there can be no greater punishment than knowing you are responsible for your sister’s death.

This is a sad example of the devastating effects driving over the limit can cause."

Scotchford, who showed no emotion as he was sent down, was also subject to a victim surcharge of £100.